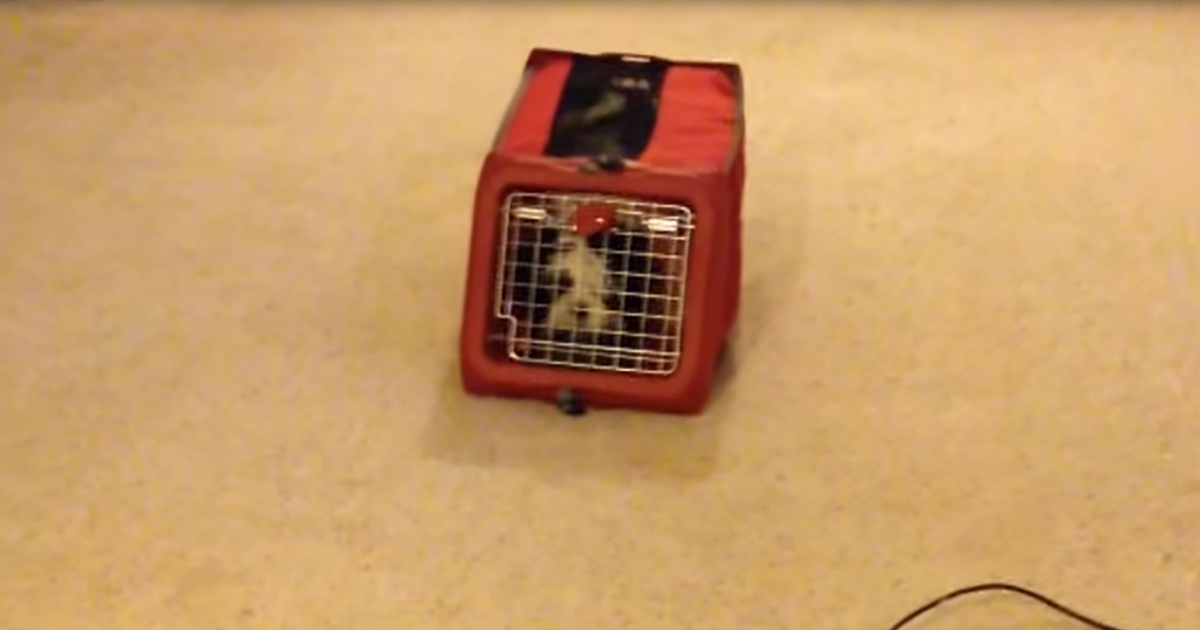 As a cat owner, I know how hard it can be to get one of them into a crate. I bear permanent scars from one of those angry swipes. But the drama doesn’t end once they get in there. No – my male cat just sits there and meows miserably the entire time we ride to the vet. You’d think he would calm down after a bit. But even his behavior pales compared to what we see with this pooch here.

The video shows a Shih Tzu puppy in a carrying case. He’s not happy about this at ALL. The idea of being stuck in one space is not something that appeals to him in the slightest. So he decides to do something about it.

The case is not made of solid plastic, it’s some kind of soft fabric, instead. So he is able to run and turn the crate around to move from place to place. It looks like some kind of square Slinky moving around. This is not a one-time thing either. He does this several times throughout the video, barking at his mommy or daddy, who is filming this.

There are those who think that this is being cruel to the pooch. He’s just determined to get to his mommy or daddy and will do it by all means necessary. The fabric is more than breathable, and he’ll be fine with being in there once he’s had more exposure to it.

For some reason, the first thing that came to mind was the rotating hallway scene in ‘Inception.’ This dog is cuter than Leo DiCaprio and Joseph Gordon-Leavitt, though. Maybe he can command a starring role in the sequel, which I’m sure will be made. It’d be kind of cool if this pup’s mommy or daddy attached a small camera to the front gate of the case to get a bird’s eye view of what’s going on when the pup flips the case. Check out this cute video we posted below. 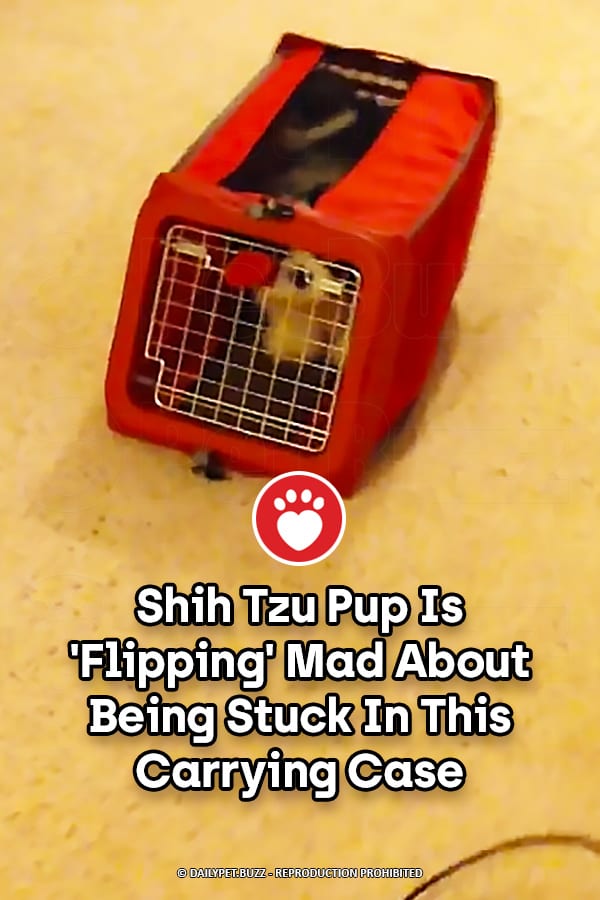