Lately, we’ve been having a lot of animal rescue videos. This means that there are a lot of people committing to making a change for the better for many of the abandon pets they see. We should remember that the pet overpopulation problem has been caused mainly by irresponsibility.

Why? Because there are people who will adopt a pet and then after a couple of years, decide they don’t want the pet anymore. The animal is often left to fend for him or herself and usually there are left on very uneven grounds. We’ve said that specially for smaller breeds, it’s not only a question of finding food, it’s also a question of staying alive. One way that we can help, is choosing to adopt instead of purchasing. There are already many dogs who are already looking for a home. Let’s help change their future. I assure you it will be worth it.

Hopes for paws is a wonderful organization that is dedicated to changing the lives of many pets living in the street. They are usually called when pets are in serious condition, neglect or beyond help. In many cases, there have already been attempts of rescuing the dogs without success. The next video will show you how Hopes for Paws saves yet another wonderful dog. They get a message for an abandoned Chihuahua.

This precious dog has been spotted living in a yard for the past two weeks. The owner of the house left a shoebox for the dog to live in. The owner has also been feeding the dog during that time. When Hopes for Paws arrives they notice she looks very sad and she’s also missing one of her legs. The owner of the house tells them he doesn’t really know anything about the dog. She just appeared one day and started to live there. She looks very scared.

She’s taken to the center where she is examined. She is also bathed to see if she has any fleas or ticks. After the doctor checks and assesses her condition, they realize she’s very sick. She is named Princess, and she is told she will be treated like royalty from now on. One of the ways Hopes for Paws helps the dogs they rescue is by giving them some TLC besides the medication and medical attention.

She needs to spend several weeks in the center recovering and under medication. After several weeks, she is ready to be adopted. Please share this video and help Princess find the home to call her own kingdom. Let’s help her find a place where suffering can truly end. 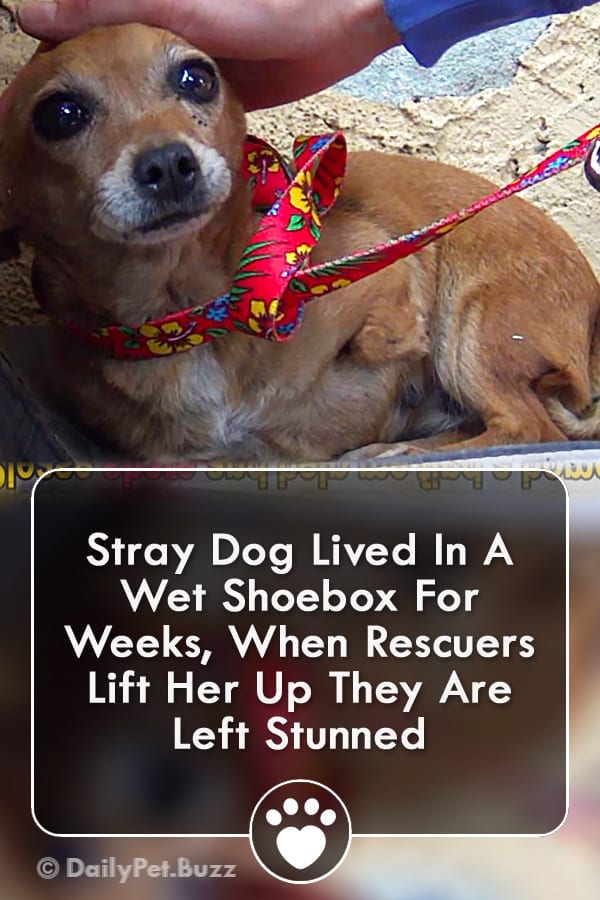