97 year-old Sophie Thomas of Harrison, Michigan was out in her garden one day dealing with some dandelions when she was suddenly surrounded by four pit bulls. “They kept going around and around. One of them kind of lunged for me and I hit him on the head and he backed off.” One of the others bit her arm. She was petrified.

Defenders of pit bulls insist that the breed has gotten a bum rap. Dogs are only as mean as their owners, they say, and if a pit bull is properly raised, it’s just like any other dog. Fair enough, but it’s easy for a dog owner to be overly confident about how well-trained their pup is. A dog that behaves perfectly in the presence of friends and family could become unpredictable around strangers.

The pit bulls who surrounded Sophie came from the house next door. Apparently, the neighbor’s son left a door open and the dogs went into that room and leaped out a window. The neighbor feels terrible about what happened but insists the dogs were friendly and well-behaved, not aggressive and dangerous.

Fortunately, Sophie was saved from the potentially fatal predicament she was in. Her rescuer wasn’t a policemen who happened by, nor was it a courageous mailman. It was her cat Tiger! The petite tabby-calico came up with a brilliant ruse. “All of a sudden, my cat jumped right into the middle of it!” The cat then ran off toward the garage. Forgetting about Sophie, all four of the dogs took off after Tiger. Sophie dashed inside and cleaned the bite wound on her arm, all the while fearing that the worst might have befallen her cat. Happily, Tiger evaded the dogs and came home awhile later. An emotional Sophie credited her small but fearless cat with saving her life. 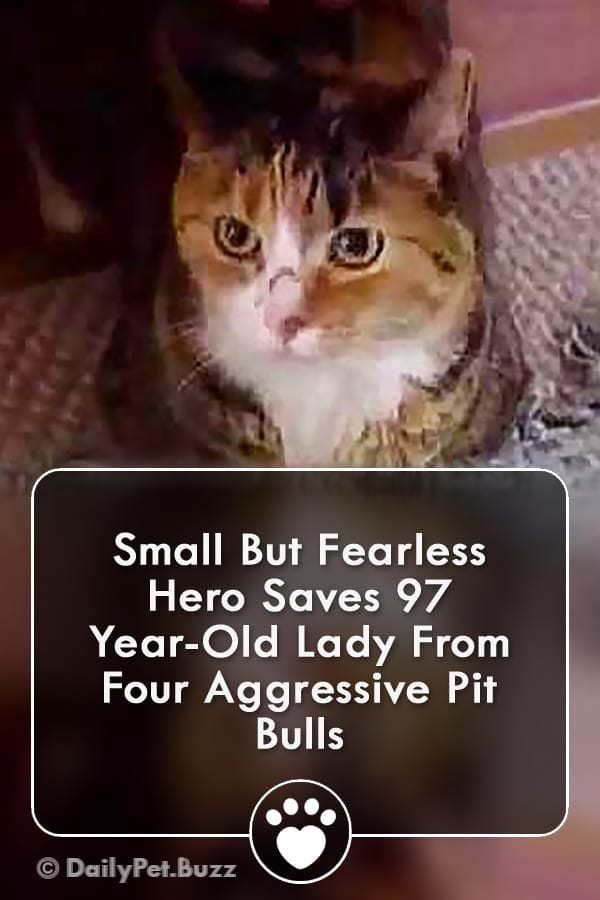