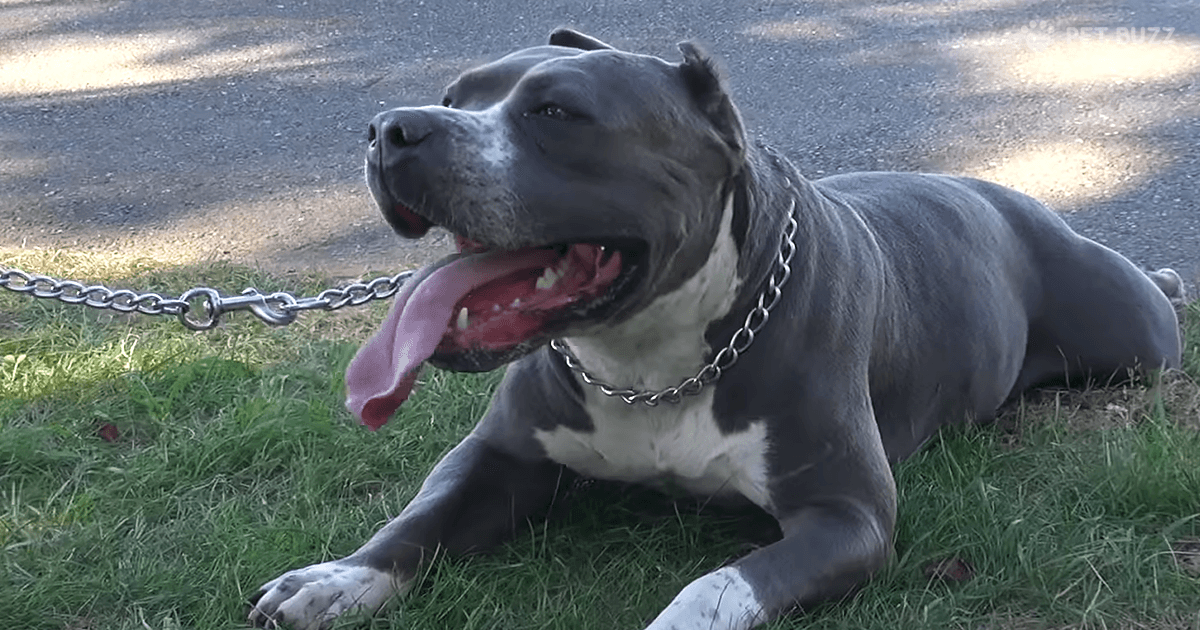 We all have our misconceptions about things in life, especially dog breeds. Over the years, the media and even TV shows have portrayed Pitbulls as ruthless, snarling killers that will break your bones with their savagely strong jaws. That couldn’t be further from the truth – they are sweet dogs. It’s the scum that treat them awfully that make them turn that way. YouTube personality Ryan Hamilton of the ‘Hammy TV’ channel did an experiment. It was quite eye-opening.

The experiment kicked off with Hammy walking Kano, a pitbull, in a residential neighborhood. People made snarky remarks and even called him vicious, even though the only thing he savagely attacked was a vanilla swirl ice cream cone. A security guard shooed him off a property, saying no aggressive dogs. They had to blur the guy’s face because of legal reasons, but I also think it was because he didn’t want people to know what an idiot he was.

Hammy repeated the experiment the following week, except this time he was walking Molly, an Australian Shepherd, a breed that has scored worse on the temperament test than a pit bull. It was the polar opposite. Everyone was petting her, often without asking Hammy if she was friendly. The security guard ignored her presence, and Hammy had to jog his memory about the previous week. The disparity was ridiculous.

I’d have to say that the one that made me the angriest in that video was the security guard who chased Hammy off the property when he had Kano. His attempt at trying to walk it back when Hammy was there with Molly was so pathetic. Also, I just thought it was straight up rude that people would say things like Kano should be shot. Then again, there are many ignorant people out there with no filters in their brains.