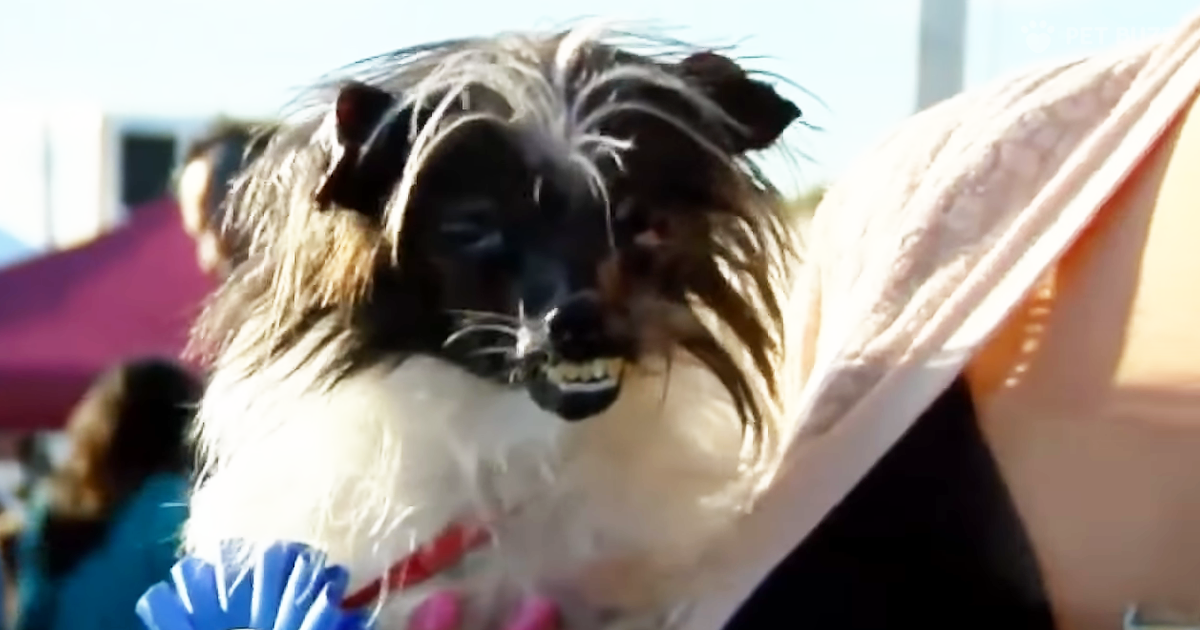 When life gives you lemons, you make lemonade. Peanut, a sweet dog, was rescued after a life of abuse. His rescuers surmise that he was probably set on fire or burned with chemicals when he was just a puppy. This is a tragic story, but he was given a second chance at life.

Placed in a shelter after his rescue, he was given care and medical attention that brought him back to good health. After staying in the shelter for nine months, he was given an all-clear and found a loving forever home of his own.

Peanut may not have blessed with great looks and may show the signs of his hard journey through his doggy life, but when his new mom Holly entered him into an ‘Ugliest Dog’ competition in 2014, he won it. Since then, there’s been no looking back.

Even though the title may not be the one that everyone would like to get, the $1,500 prize money will help his human Holly to pay for other animals’ vet bills. What a way of paying it forward. Watch the video below to see him accept his crown and title for the year.

This happy dog may not look it, but his big heart loves all he meets, and by winning the title, he is giving other rescue animals a second chance at life. Perhaps we can learn a thing or two from this story. Even when things seem down and out – there’s always something you can do to make the world a better place. 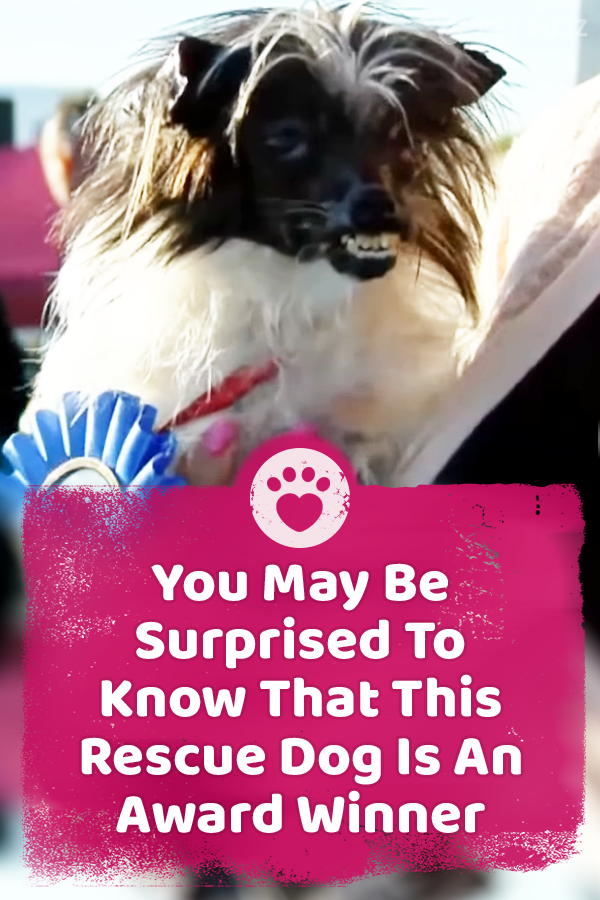