Two precious little ones occupied the fire-red Mercedes Power Wheels car. Even mom was shocked at their hilarious plan. Her little son Oliver enjoyed the close company of Daisy the dog, especially when they found new and exciting things to do. Although mom held the power of the remote controlled car, choosing when to accelerate and stop the Mercedes, the two little ones found a power of their own through the steering wheel.

Daisy the dog was the first to step up to the wheel, and she found that driving was a piece of cake. So, Oliver sat back and relaxed in what now became the passenger seat as Daisy gave them a nice afternoon ride in the driveway. Mom loved watching the two of them, and later described, ‘Daisy loves to drive Oliver around in their car.’ No doubt, Daisy found to have learned herself a new trick.

The unbelievable sight is eye catching, but mom confessed, ‘Yes, she really is steering it.’ Oliver is on constant look-out and often points to where he would like to go, but ultimately, Daisy makes the call. Daisy drives about like a queen, and Oliver loves to join the fun. 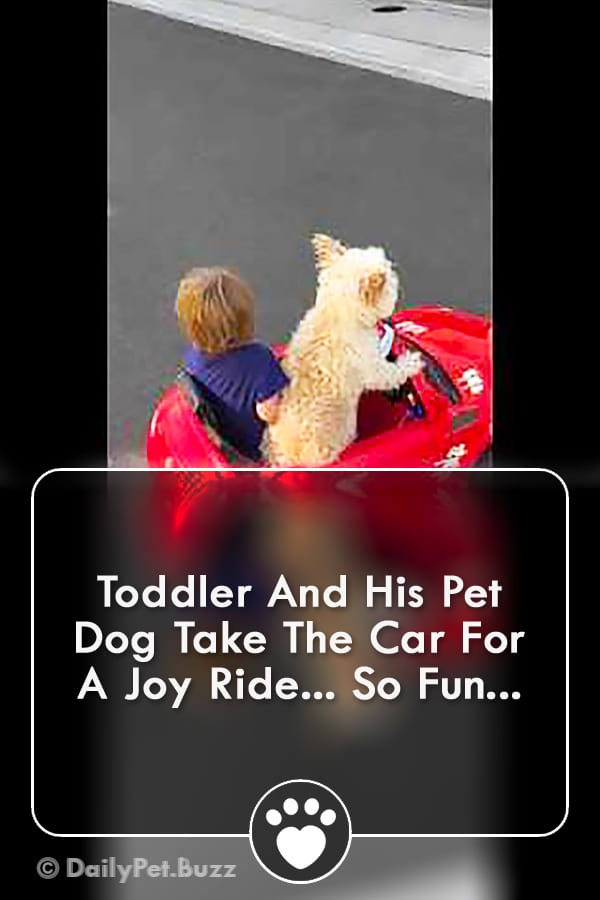