Lake Isabella, CA, experienced a huge wildfire, the Erskine Fire, in 2016. The wind made the fire uncontrollable, and it left some unbelievable damage to the surrounding areas. Almost 200 homes were damaged in the fire, and many places were destroyed. At the time, it was the 15th worst fire in recorded history for the state.

Of course, there were both wild and domesticated animals that were greatly affected and displaced by the fire. In this video, we get to see how some kind, brave people saved two horses from the tragedy. Fortunately for these two horses, there were some brave people who were able to help bring them to safety. Many other animals were not so lucky, as is the case with many forest fires.

It is not known how many animals were injured or displaced during this fire, but we do know of two very lucky horses that survived without injury. While riding around in Squirrel Valley during the Erskine Fire evacuation, two drivers spotted the horses running frantically around. They were trapped.

Fortunately, the humans decided to rescue the animals and bring them to safety. The horses seemed reluctant at first, which is natural for a horse. They are not prone to cooperate when they are panicked.

Eventually, they allowed the humans to help them and bring them to safety. These people obviously understood horses and their needs and were able to help them. Even better, no one, including the two horses, was hurt during the rescue. We don’t know if the horses were returned to their original owners, but we do know from the video that they are safe. Watch this moving clip below. 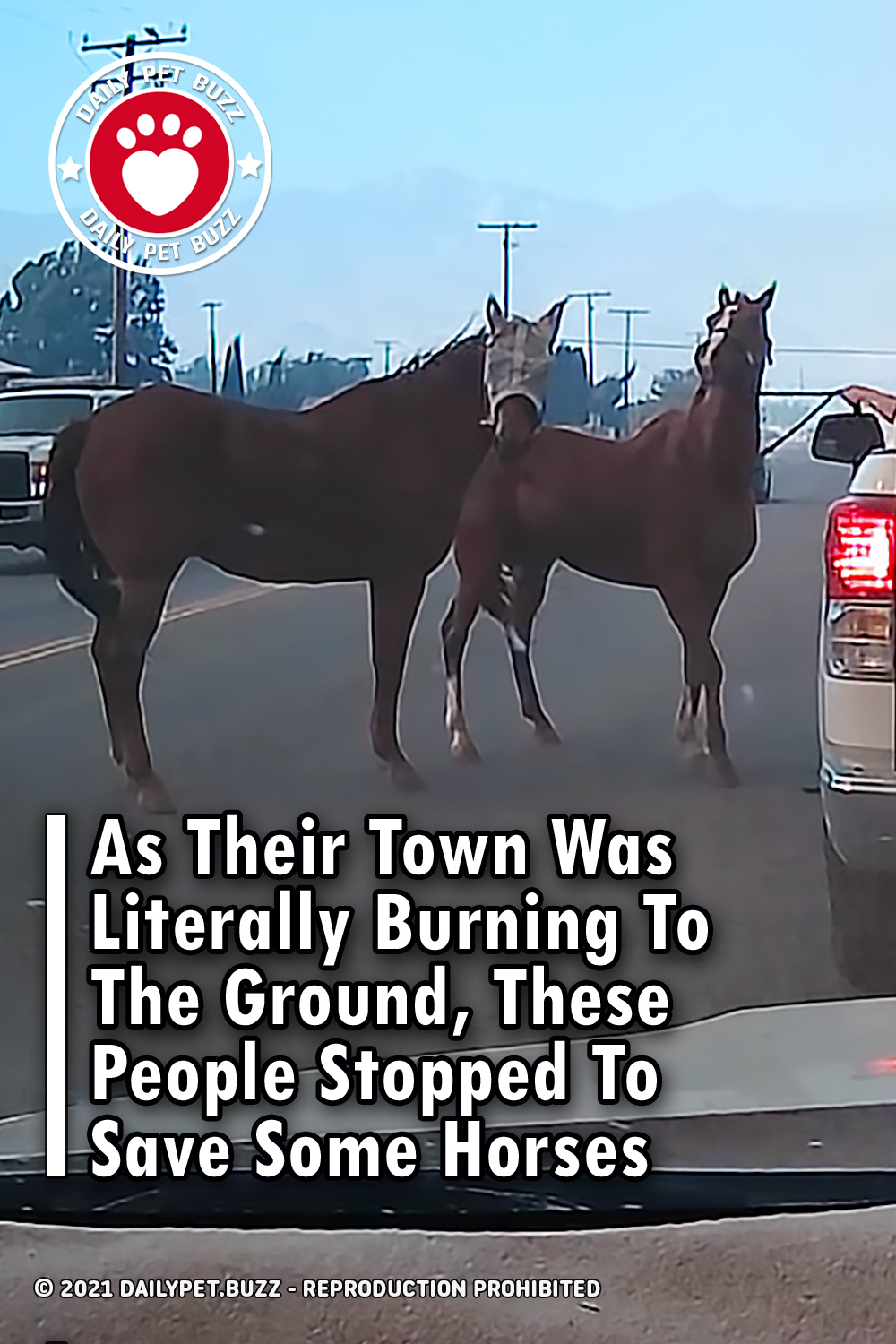