Separation anxiety plagues many of our animal friends. Once a favorite human is out the door, panic sets in. In the case of dogs, common symptoms include whining, excessive barking, pacing around, destroying furniture or other objects, escape attempts, and excessive drooling. It’s not a result of bad training or simple boredom. It’s a deeply ingrained emotional reaction.

Beagles are an especially beloved breed of dog and for good reason. They were originally bred for hunting rabbits and hare: beagles are very smart but at the same time, very single-minded dogs. Their amazingly acute sense of smell has led to beagles being employed by various nations’ customs services as sniffer dogs, particularly for detecting agricultural contraband. Beagles are also well-suited to this role thanks to their small size, pleasant demeanor, and non-threatening appearance. This is why they’re also excellent therapy dogs. At first, a beagle might be a little standoffish with a new person but these naturally friendly dogs are quickly won over. This is just one reason beagles are the world’s worst guard dogs! You might think that these gentle, amiable and even “merry” dogs would make excellent family pets and you’d be absolutely right.

One pet parent decided to get not one, but two beagles. She figured that when she was out, the two dogs would keep each other company, playing and having a good time. After all, a single dog might get lonely and mope around or worse, develop a case of full-blown separation anxiety. Being curious about what happened when she was out, she had someone record a video. Seconds after she stepped out, the two dogs were looking through the window and doing that inimitable beagle howl. After some more histrionics, the two ended up lying down next to each other, their noses practically against the window.

Ever had a pet who suffered from separation anxiety? What did you do to help them get through it? We’d love to hear all about it in the Facebook comments. Be sure to like and share, too! 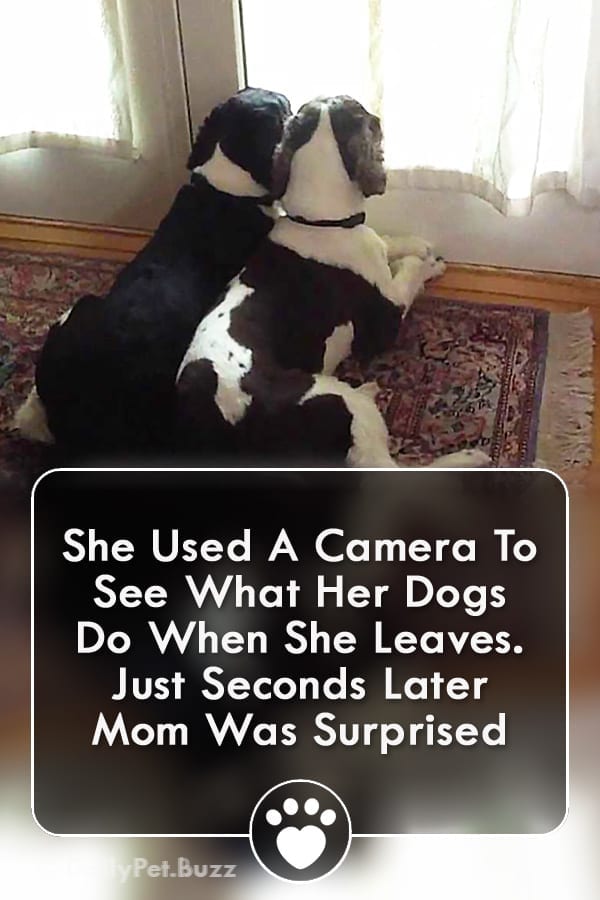