Animals often wind up with strange things in their stomachs. Entire books have been written about the unusual items veterinary surgeons have plucked out of the tummies of dogs, cats, horses, and other animals. They have ranged from watches to cans to rings. Oftentimes these animals don’t have the sense to know that what’s in front of them is not always good for them to ingest.

We see Dr. Matt with a dog named Remi that has had stomach pains for quite a while. This is not a street dog either ” the dog’s mommy brought him to Vet Ranch and she also allowed them to film the stomach surgery. Yes, like other Vet Ranch videos, it does do a close-up of Dr. Matt doing his surgery on Remi’s stomach. You can watch it if you have a very strong stomach ” pun intended.

If you want to just skip all that or if you’re eating a meal while watching this, just jump ahead to 2:15. You’ll see what’s been sitting in this poor dog’s stomach for months. It ‘s a mass of hair, roughly the size of a large hamburger. I thought it was one of those brillo scrub pads at first, but no, apparently, Remi likes licking hair. It’s amazing what can form in people and animals’ bodies over a period of time.

If you ingest hair, it isn’t digested. It actually builds up and becomes something called a bezoar. Cat owners know this as a hairball. Dogs don’t have that reflex like cats, so it sat in Remi’s tmmy for a long time, causing extreme discomfort. In certain cases, it can cause fatal blockages ” I remember one episode of ‘1,000 Ways To Die’ and an artist that liked chewing her hair passed away from that. So – learn from Remi and don’t eat hair!

I love the Vet Ranch videos, even if they can be a bit gross. It’s informative. What do you think? Tell us in the comments section. Also, please ‘Like’ us on Pinterest. 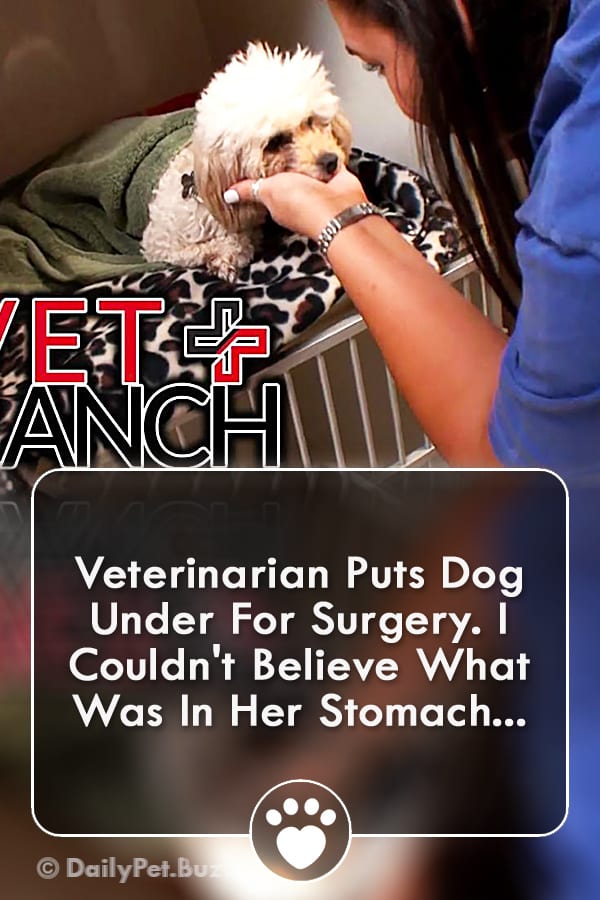