Injuries to a person by animals is usually something not to be taken lightly, animals respond to instinct and those instincts are sometimes difficult to read, especially if the animals in question have not been properly trained or the safety precautions have not been followed by the owner. This is all part of being a responsible owner, and it all starts by becoming informed beforehand of the characteristics of the animal you are about to adopt, so you can make sure that no problems will be caused in the future by that lack of knowledge.

Dogs on the one hand, have always been around us and many people do not regard them only as pets, but as also part of their family, this is why many owners get over confident about the dog’s behavior and somehow believe that because their dog behaves in a certain way in their home, that is the way the dog is always going to behave. After all, dogs can only be predictable in the owner’s settings and not outside.

Sophie Thomas, a 97-year-old woman was about to find out just that, when she was in her garden picking dandelions on a typical day. Her neighbor owns 4 pit bulls, she says the animals are not dangerous to anybody and are actually pretty sweet. The neighbor’s son left the window of their home open, and that’s where everything was about to change for Sophie. The dogs went outside through the window and found their way to Sophie’s garden.

Sophie has always been very mellow and has enjoyed a long happy life. She gets along with everyone very well and likes to tend to her own stuff at her home, and has gotten along very well with the neighbors, so there was no way of her to predict that something like this might happen, as because in all of these years, it had never happened before.

After a few minutes, the dogs find Sophie in her garden, the instinct of the animals takes over and they start seeing Sophie as possible prey. When she sees the dogs start to circle her, she gets petrified, she does not know what to do.

At this point, one dog lunges at her at bites her, but Sophie manages to hit the dog in the head and makes the dog back off, then a second dog lunges at her. She knows at this very moment that if she doesn’t do something about it, it might just be a matter of time, but what can she do about it? It’s only her against four dogs. Suddenly, a very unlikely hero steps in. 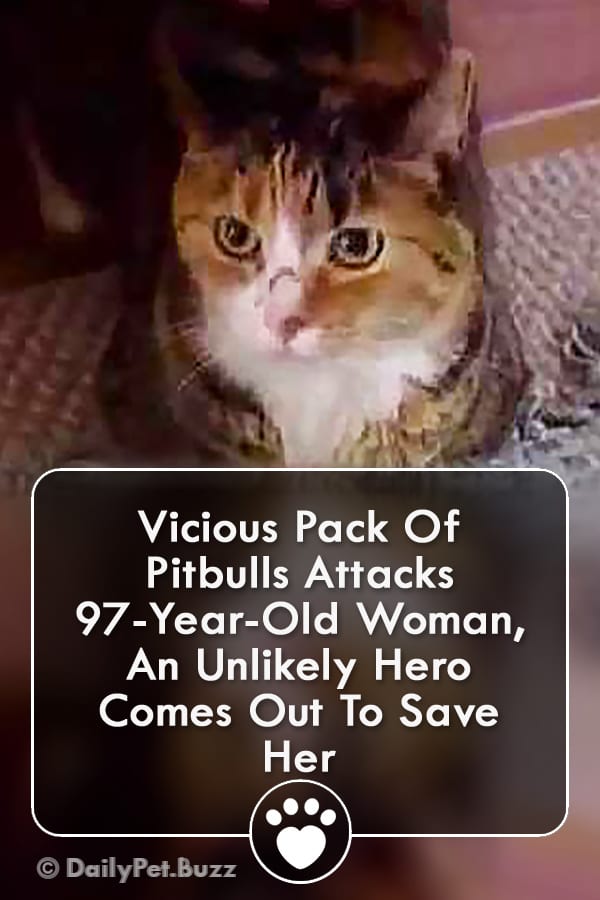