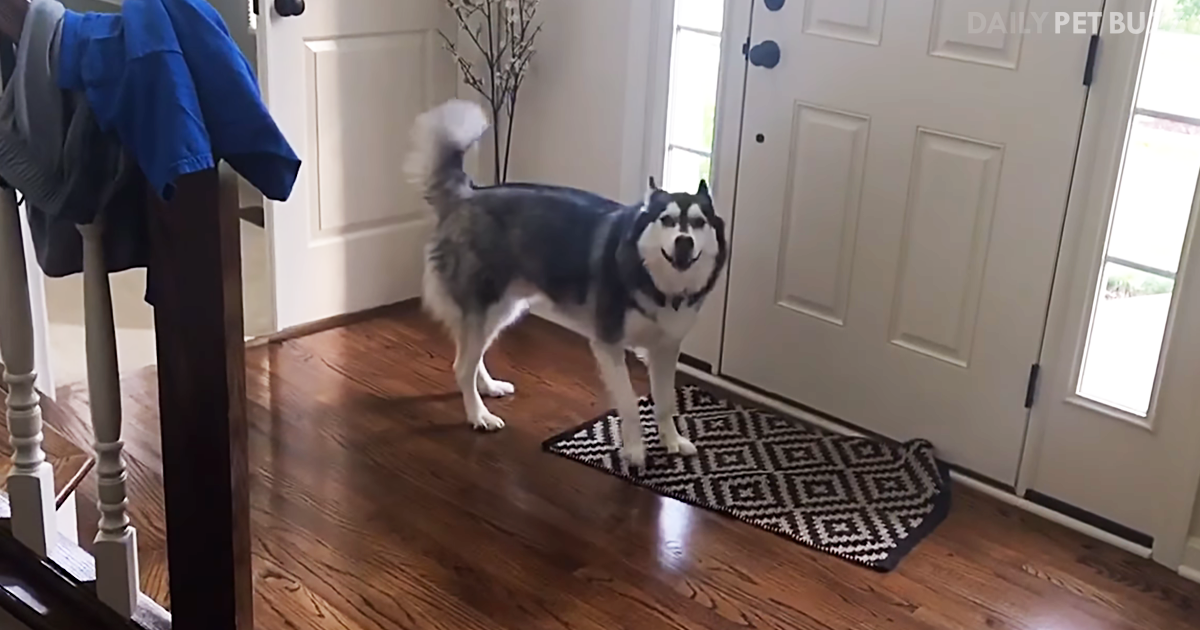 Huskies are known for their incredible vocal and excitable nature. They’re more hyperactive than most dogs, and they love to howl and converse with their fellow pooches as well as their human families. It can be quite a loud household when a husky is around, especially if they’re eager for something. Whether it’s for food, an adventure, or playtime, they’re never too shy to let the world know when they’re ready to tackle the day’s plans.

This Husky’s name is Gunnar, and he’s quite the talkative dog. When his family proposed a walk, he was yelping and hollering before they could even finish what they were going to say. His barks are super affirmative, and the way he impatiently paces between his family and the front door, gazing outside at the open-world waiting for him, shows that he’s clearly very excited about going exploring.

Watch how eagerly he moves around the foyer as he waits to be taken outside. Do you think this family experiences this every day? What an adorable pup. I wish I was this excited about getting my daily steps in.

Huskies are always trying to talk back to their humans, and sometimes they even seem to form words in our language based on what they’ve heard from their families. If you listen closely, it even sounds like Gunnar answers, “Uh, huh,” at one point. How impressive is that? Talk about a smart pooch.

Have you ever seen a dog so excited for an outdoor adventure? Huskies are really something else. You never know just what to expect with this energetic breed. Don’t miss this excitable Husky in the video below – he sure is keen for his walk. 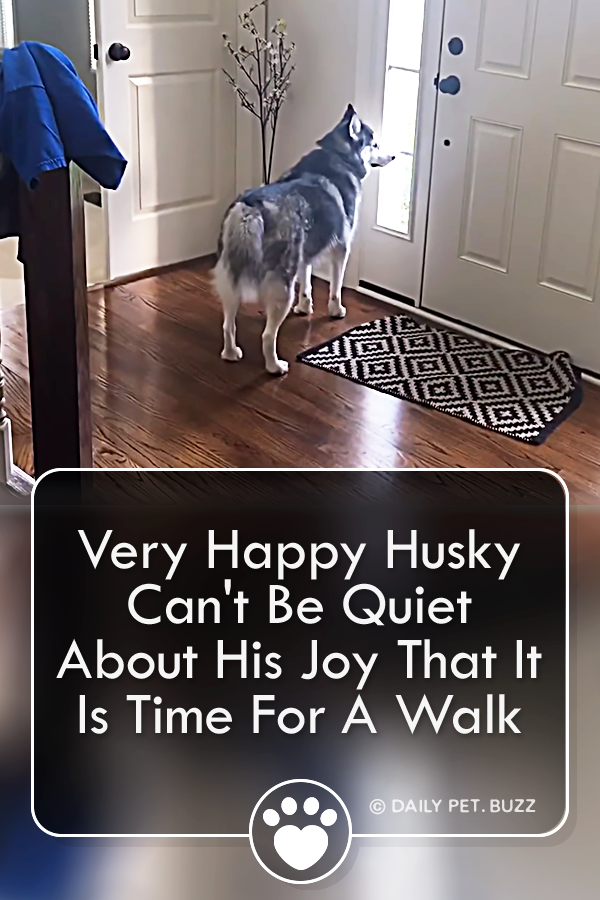