It was a very strange situation ” an eagle was caught on a rope that had been tied to a tree branch – some 70 feet in the air. It became a matter of jurisdiction – and all the departments in the area were not keen on making it theirs. There were questions about safety measures being implemented – because it’s hard to go right up next to an agitated eagle with sharp talons who likely will NOT understand that it’s being saved. Then the best solution literally drove up to the area.

Remember the story of William Tell shooting the apple that was resting on top of his son’s head with an arrow? Well, the tree limb was the apple and the soon-to-be dubbed Freedom was William Tell’s kid – 150 times. If I were a person being shot at 150 times, no matter how good the marksman was, I’d be closing my eyes each time. Then again, Galvin did this for a living when he was in the Army, so he was the best person to trust.

What’s amazing is that Galvin was so good at his sharpshooting that he took roughly 150 shots – and hit the same spot each time. It was just a matter of breaking through branches and fighting the afternoon sun. But Freedom finally came down to Earth where he was taken for rehabilitation. I mean, I know that he’s an eagle and has a naturally angry look, but he could have looked a LITTLE grateful –

This was a fascinating story. What did you think? We’d love to hear your thoughts in the comments section! Also, please ‘Like’ us on Pinterest. 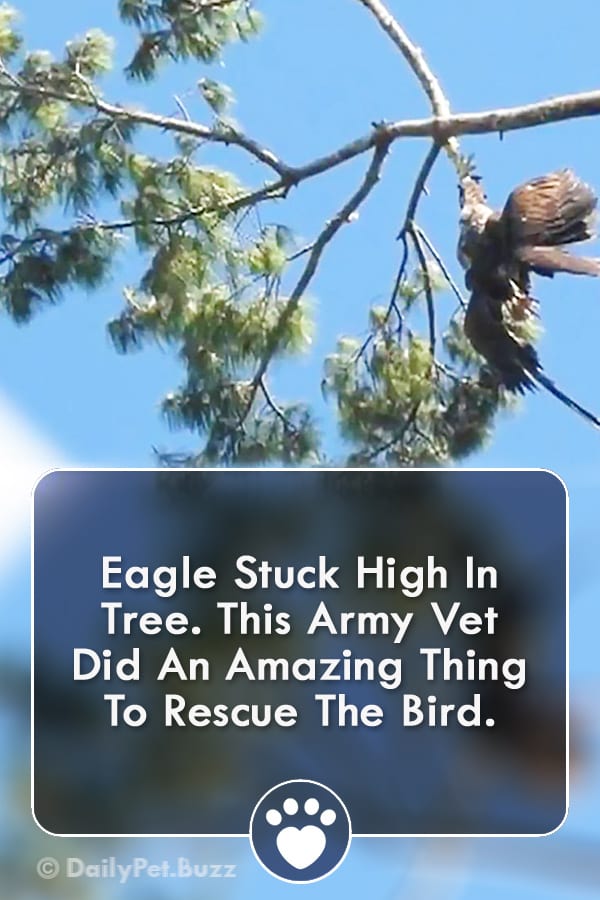