Babies are excited when their parents pick them up from the day care. You have probably seen that, and even awed at the baby. But have you ever seen a dog dancing in excitement to meet its owner? That’s exactly what you’ll see in this clip, and you won’t believe the dance this dog does.

This video was filmed in a doggie daycare. And it spots something that is hysterical and adorable at the same time. When this puppy sees his owner, he does this marvelous ‘jumpy’ dance that would melt anyone’s heart. This puppy is going to kill everyone with its cuteness.

He looks like he’s doing some sort of ‘cha, cha, cha’ dance and even seems to be clapping his front paws together. Then he does a couple of jumps and hops, and then back to his ‘cha, cha, cha.’ Even his ears are part of the dance. This is about the cutest thing I’ve seen all day.

Have you ever seen a dog dance like this one? If not, watch the video above because it will make your day. Let us know what you think about it in the comments. 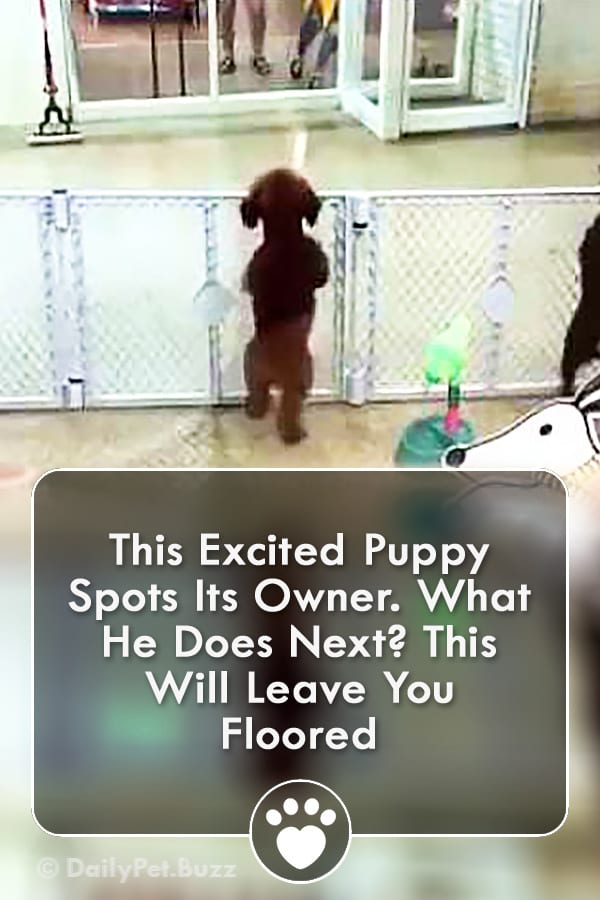