This is the side of military dogs that we often don’t get to see – their retired ‘civilian’ life. Once they have left the armed services, it’s like they disappear. Unfortunately, it seems like they are gone from the minds of the military as well. One woman ran into a wall when it initially came to getting her veteran dog buried with honors. It seemed like they were ‘out of sight, out of mind’ for that military brass. This was one determined woman, though, as this video shows. 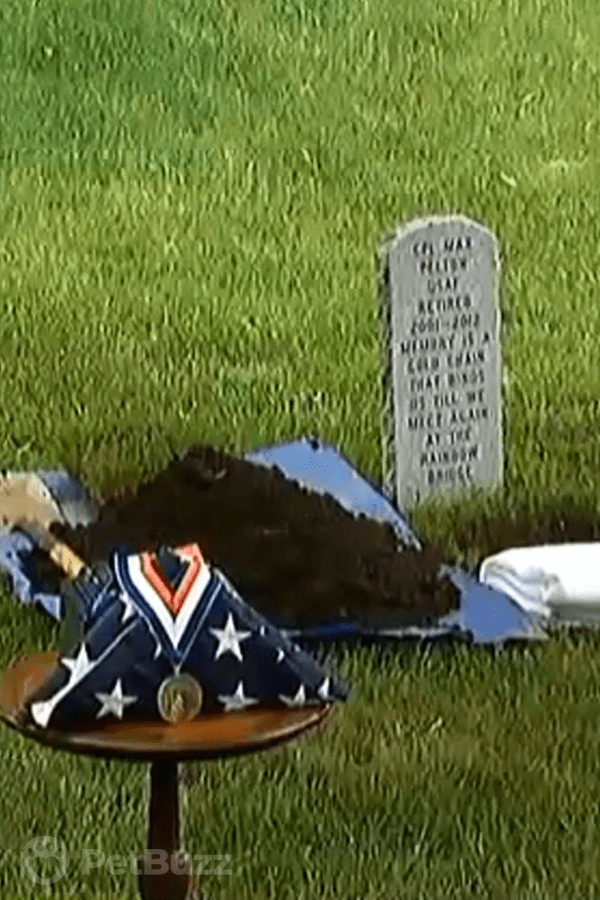 Apparently, Max had flunked his re-certification. What was the reason? ‘Became too nice.’ Well, if there’s a good reason for discharge, that’s definitely one of them. He carried that with him during his civilian life, with Pam, his mommy, saying that he was so good to everyone, even allowing strangers to hug him. Then Pam got some bad news about him – he had a terminal illness and time was short.

Max looked like he had only three, possibly quite painful, months left to live. Pam didn’t want him to go through that, so she had him put to sleep. It wouldn’t have been a fair way to treat this dog that literally risked his life many times tracking down buried explosives in foreign countries. He deserved better, and he got it. Also, after many tries, she got him buried with full military honors at a cemetery near her — a fitting end for a wonderful dog.

Pam summed up Max’s life in one sentence when one of the military cemeteries, when refusing to put the War Dog in their grounds, asked why she didn’t put him in a pet cemetery. ‘He wasn’t a pet,’ she said. ‘He was a soldier.’ Well, this soldier can now rest for eternity among other War Dogs who will join him in that spot.

Max seemed like he was a sweet dog. Pam even found another dog, whose name happened to be Max, not long after he was buried. Now she has a new friend to keep her company, but her first Max will never be forgotten. 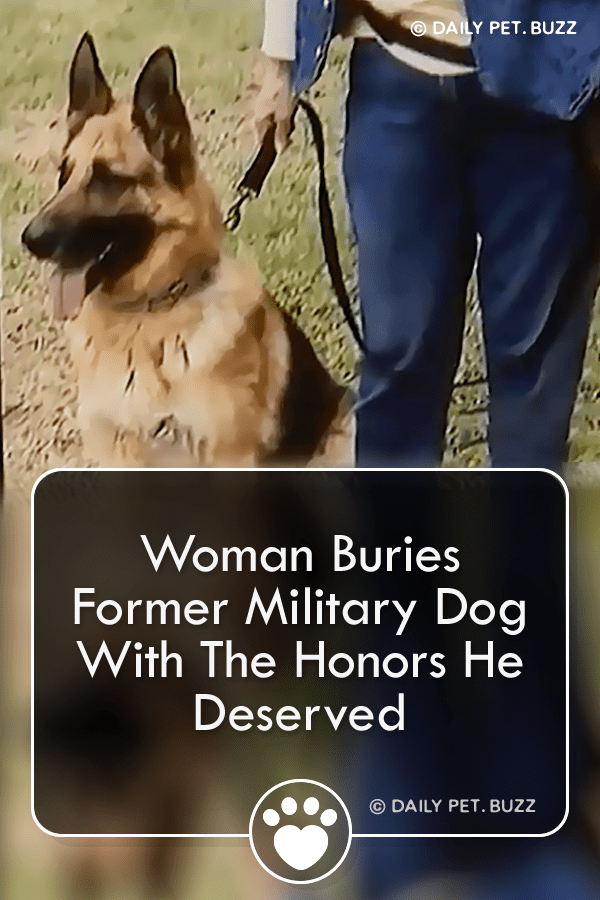