Over time, it’s become a common belief that cats and dogs are enemies. After all, the old phrase goes, they were ‘fighting like cats and dogs.’

When I saw this amazing video footage of a puppy and kitten, I almost couldn’t believe my eyes. Watch this video and you will never believe the old saying ‘fighting like cats and dogs’ again.

As soon as I saw just a few seconds of this incredible footage, I instantly knew why this video has well over 800,000 views on YouTube. It is absolutely adorable and is sure to put a smile on your face.

The description of the video on YouTube reads, ‘Ruggles and Chompers are two tiny friends who have amazing stories. And they couldn’t be more adorable! Ruggles is a tiny shih-tzu who was rescued from a puppy mill bust last year. His kitty friend Chompers was found by herself under a porch when she was only two days old. The two became fast friends.’

‘Despite their rough start to life, Ruggles and Chompers are both happy and healthy and were adopted to loving forever homes. Ruggles is now an official ambassador for the Cherokee County Animal Shelter, the shelter that rescued him from the puppy mill. He and his pet parent visit schools to educate kids on puppy mills and shelter dogs,’ the description continues.

However, their story does not end there. If you are wondering why the adorable pair was not adopted together, it was actually the shelter’s plan for the duo; however, as Chompers got a bit older he became a bit too rough with Ruggles. ‘Due to his health problems, it was determined that it was in both of the animals’ best interest to be adopted separately. They are both happy and very much loved!’ the update says.

Do you prefer cats or dogs? Sound off in the comments! 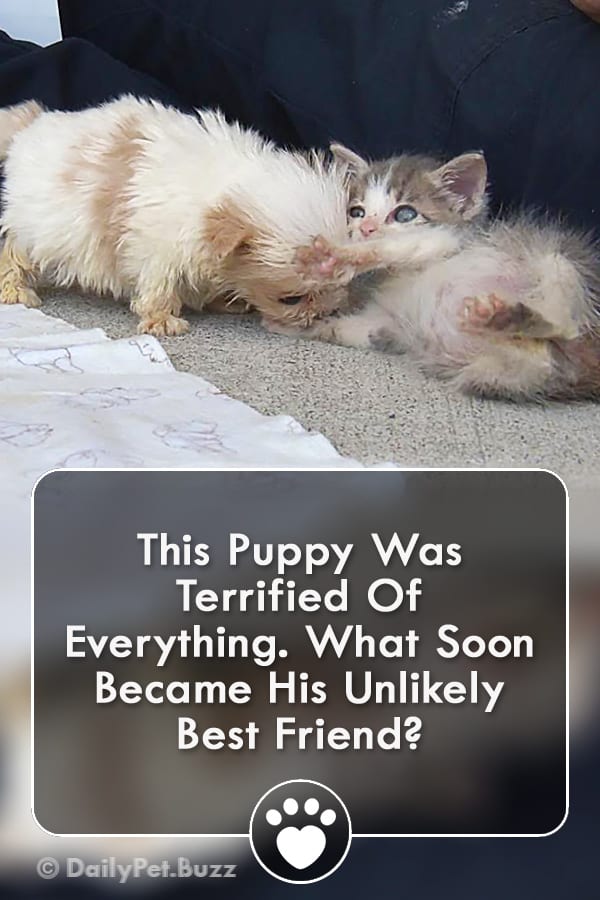