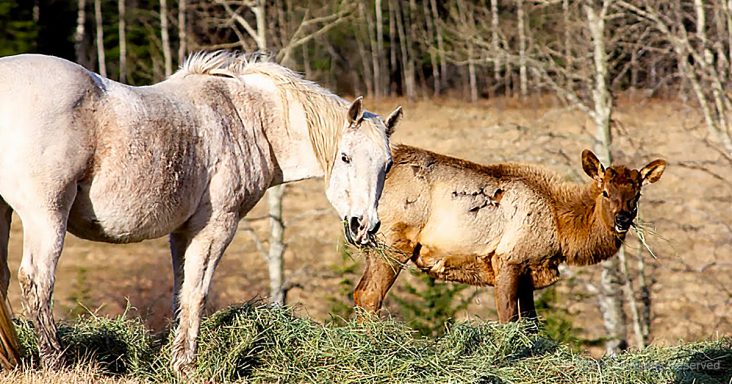 Laurie Munsell, a wildlife photographer, caught this footage of a young, orphaned elk hanging out with a herd of horses. He appears to have suffered some injuries.

Sometimes, animals with similar features have to stick together. For the most part, horse herds are known to be laid back and fairly accepting (as long as there isn’t a predator around) – and for this young elk, this was a very good thing.

When Laurel Munsell saw the young elk in a herd of horses, she decided to capture some footage of the unlikely animal family. It didn’t take her long to connect some of the missing pieces once the elk trusted her.

First, the young elk was likely an orphan. That’s why it didn’t have a herd of its own and was friendly with these horses. Second, he seemed to be suffering from some bad injuries.

The deep cuts on both flanks meant that he had likely suffered an attack by a mountain lion or cougar. Thankfully, he seemed to be on the mend by the time Munsell stopped by.

While he might not stick around with the herd forever, at least these horses were willing to take him in during his time of need. They made such a unique animal family! 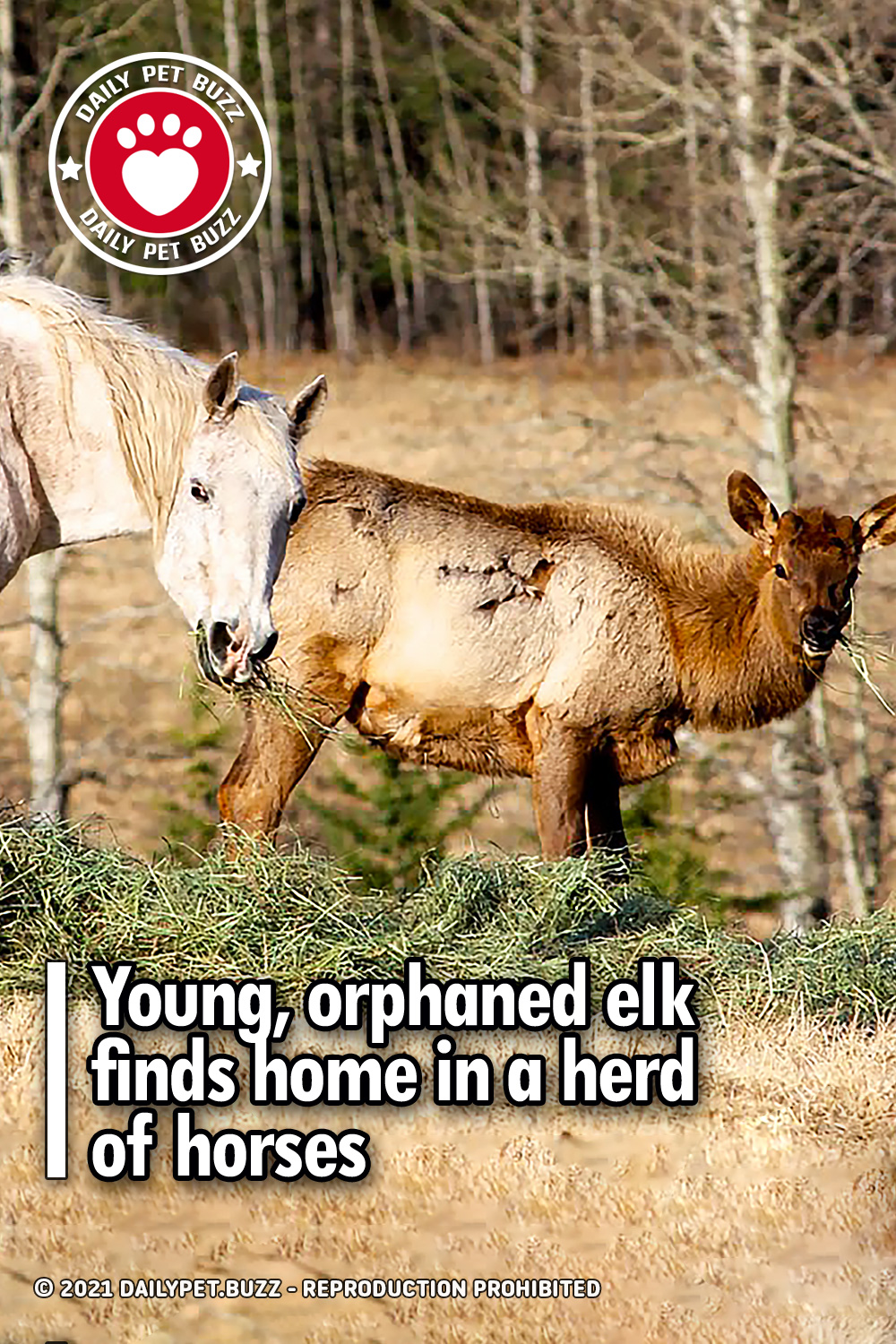