During natural disasters everything goes. Unfortunately more often than not, tragedy strikes swiftly. We are all familiar with the relief efforts that come with the devastation of the cruelty of mother nature, humans band together to provide help, and sometimes, sadly, amongst the grief may other animals are forgotten. The following story is an amazing example of kindness during times of peril!

In 2006, a huge storm made seawater to surge forward into the land outside the dies of Marrum, a town that is about a 90 miles from. Nineteen horses drowned or died of exposure on the muddy knoll that was turned into an island and nearly 100 horses were stranded on the small island in the Netherlands.

International press began to pick up the story of the Great Netherlands Horse Rescue, yet authorities’ efforts to rescue the horses continued to fail. In order to save the horses, rescuers would have to lure the stranded herd through receding floodwaters to safe ground, all while riding horseback. No one thought it could be done in a safe, controlled manner.

Then, on November 3, 2006, a miracle took, just in time, a posting appeared on the Friesian horse forum: ‘Horses and riders sought – Only experienced riders with horses without fear of water’ Quickly an all-female team of riders ” Susan, Micky, Antje, Hinke, Christina, and Fardow ” heeded the call. 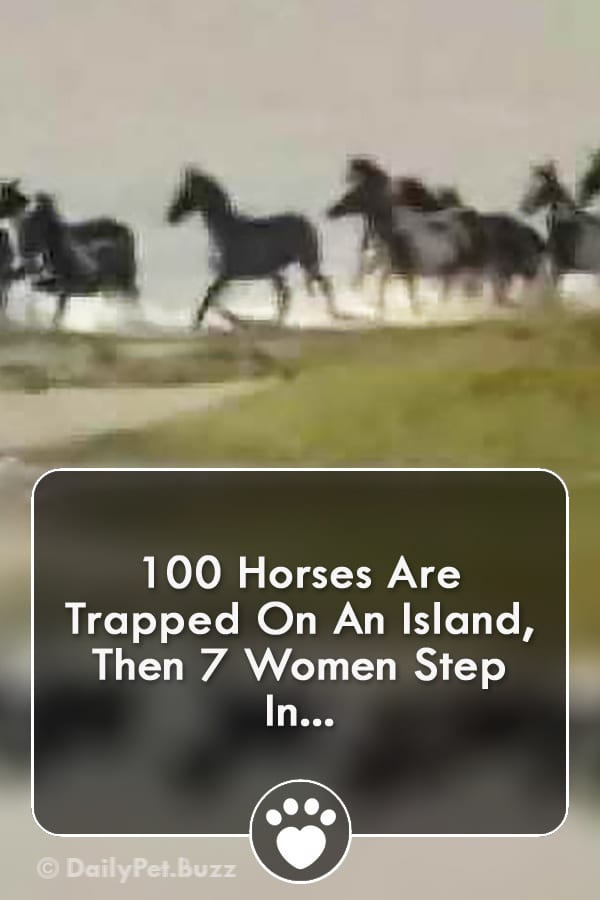