Pets are more than just animals that live close to us. Their friendship can mean the world to the people who live with them, and one of the most fascinating things about them is seeing how they can adopt many human costumes as if they were their own, sometimes without not even understanding what the action is actually for. The following video will show a bunch of pets acting in a very human way, and it’s as hilarious as it sounds!

Freshpet are the guys behind this video, and they really made something special. It’s a special video that they made for the holidays, and even if it’s not the proper season to celebrate right now, it’s always the season to be happy and enjoy beautiful and happy videos like this one. I mean, just look at all those pups! (and cat!)

It was released back in 2014, but it’s a jewel that will keep coming to lighten our day every holiday season. A bunch of dogs and a cat are sitting at a dinner table together to celebrate the holidays, and they made the video so that it seems like they are eating properly with human hands while they discuss important animal matters together.

Watch this hilarious video above! 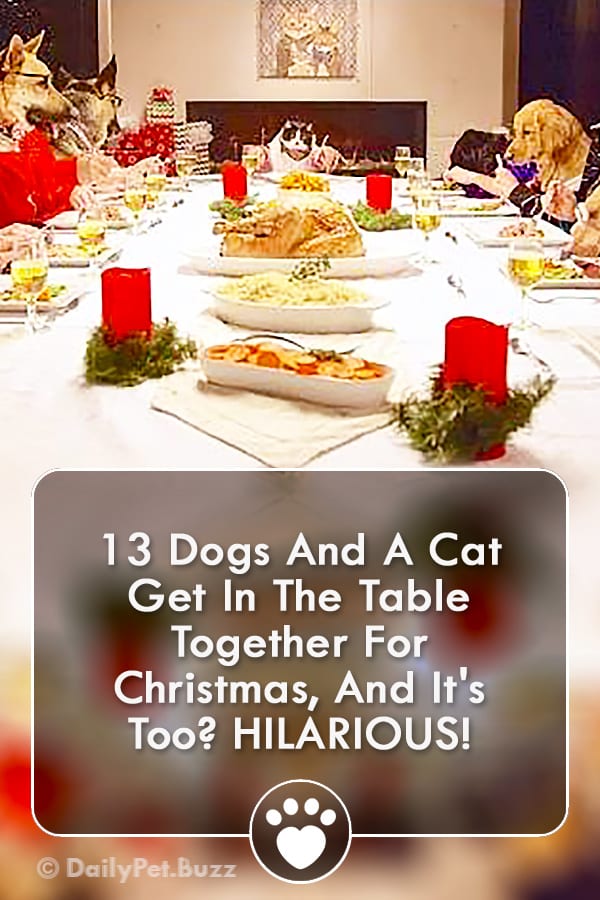