Greece has long been a country with large numbers of stray or abandoned animals and a culture that doesn’t consider animal welfare particularly important. In the last decade or so, these problems have only gotten worse as a result of the country’s ongoing economic turmoil.

Here, however, we have a story that ended happily. A man from Skydra, a town in north-central Greece, was out for his daily jog. It was his usual route, taking him by a large field and that’s where he spotted a dog running around, about a quarter of a mile from a busy street. The dog, hardly more than a puppy, was obviously lost or abandoned. When the pup saw the jogger, he ran over but couldn’t quite decide whether to be happy or frightened. The dog was literally on the fence!

It wasn’t long, though, before the pup made his decision: he was happy to see the jogger. He jumped down from the fence and started running circles around the man, wagging his tail like a maniac. Then he gave into his joy completely, rolling over on his back and demanding a belly rub. The jogger was happy to oblige!

Fortunately, the man had his phone with him and also had the presence of mind to get it all on video. We’ve posted that video above so you won’t miss a chance to see just how happy this pup was when he encountered a kindly human. The man wasn’t able to adopt the dog himself, but he gave him some food and water before calling animal control. The really great news is that this dog now has a loving forever home. His new human parents are going to have quite the bundle of energy on their hands, but given how incredibly adorable this little guy is, they’ll surely forgive the rambunctiousness. 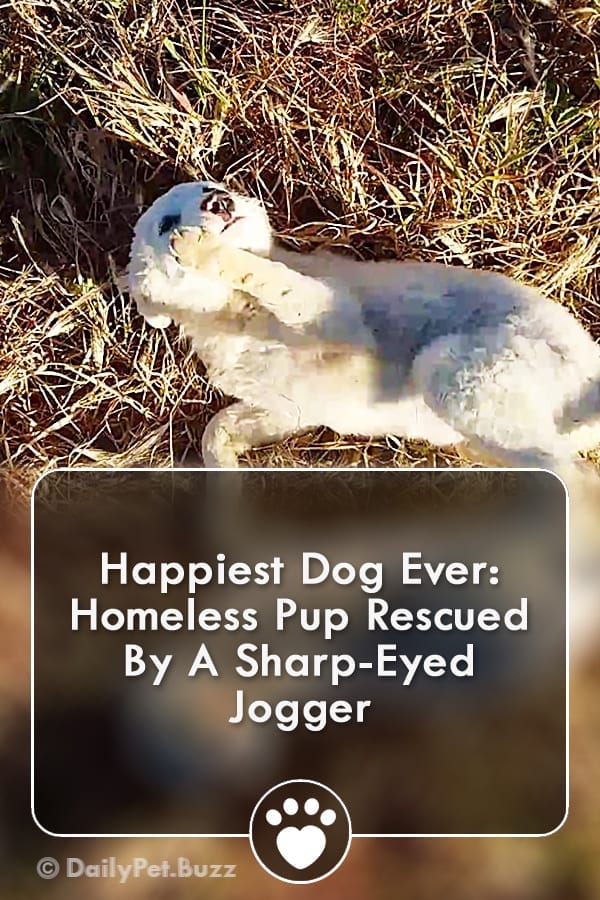