You think there are weird shows on TV now? Try living in Japan. Their programming makes ours look tame by comparison. Their game shows make ‘The Price Is Right’ look like a kiddie show. Then there are the variety shows. The contestants do the strangest things with their pets. An hour’s worth of those would have given David Letterman at least two months’ worth of ‘stupid Pet Tricks.’

So, this video must seem like old hat for Japanese viewers. Here, in America, this is riotously funny. It shows a Shiba Inu sitting there, waiting for a command. There’s a man watching the video in a tiny window on the top left of the screen. Off-screen, a woman commands the dog to bark softer. We know this because there are subtitles. The dog does this. She keeps repeating it until the barks are barely audible. It’s like the woman’s holding a TV remote at the Shiba.

It’d be interesting to know how much training was required. Probably not that much. Shibas are smart dogs. People would probably love to hire her to train their dogs to do the same thing. ‘OK, Spike! Bark Level 3 today! Daddy has a lot of work to do.’ Though training cats would be very difficult since cats just do whatever they want anyway.

This is a cute video that will bring smiles to people’s faces. It’s a unique training method to pinpoint something that other people might not think of. Most trainers think of things like jumping, begging, rolling over, etc. We have seen some singing dogs and there are the occasional news reports about ‘talking’ dogs. This is the first time I’ve seen a dog’s voice regulated. It’ll be interesting to see if any other trainers find a way to build on that.

This video made me laugh. Did you do the same? Let us know in the comments! 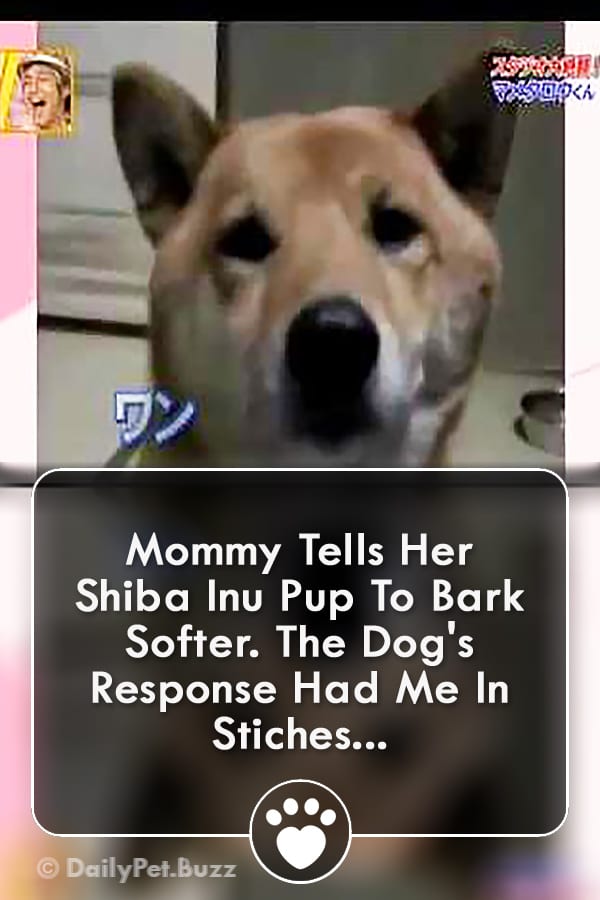