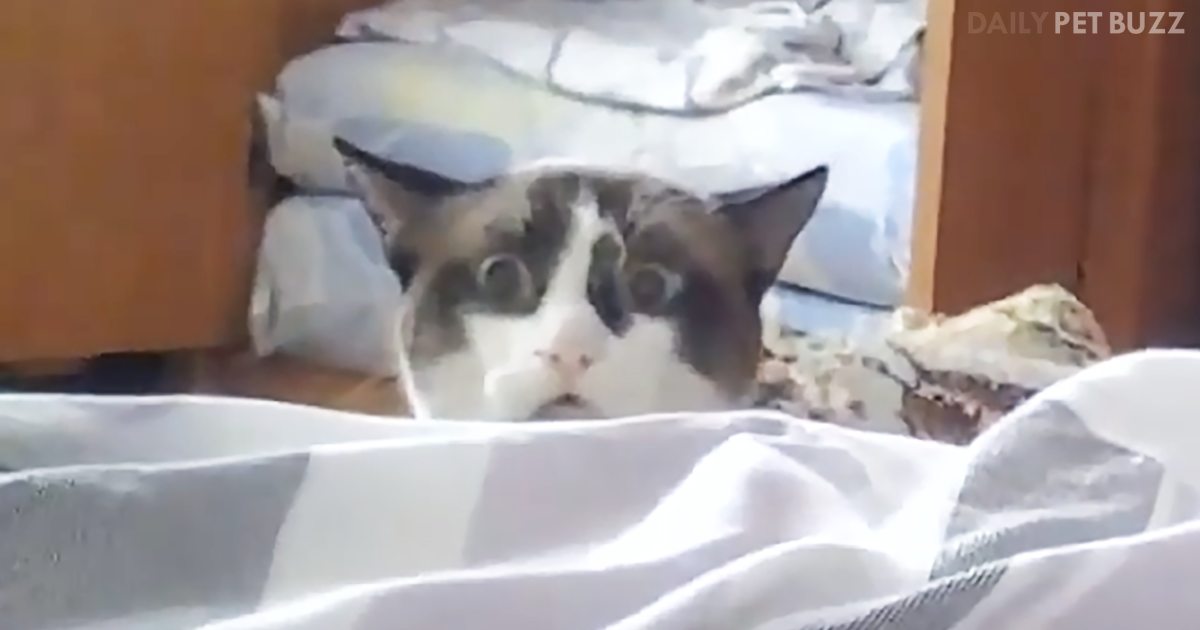 I’ve written about videos that are both cute and creepy before. For instance, I wrote about a bird that walked into a bathroom while laughing maniacally. It was an adorable bird, but the Vincent Price laugh is what pushed it over into creepy territory for me. This video falls into that same category, and it would not have surprised me in the least to suddenly hear ‘AHAHAHAHAHAHAAHAHAHA!’ coming at the end.

We see the edge of a bed. Nothing seems to be going on in the room. All of a sudden, we see a pair of cat ears appear at the end of the bed. Slowly, the rest of the head makes its way up the screen until we see the whole thing.

Nothing’s said in the video, which does make it a little eerie. It seems like a scene that would be seen in a Japanese horror movie. The camera looks away for a second, and then ‘The cat turned into what kind of monster and is doing what?’

What’s really funny is that the cat perfectly times his ascent and descent for a maximum amount of hilarity, though he’s got no idea what the words ‘comedic timing’ mean. There are a couple of moments when he also looks cross-eyed.

Still, there are several times in the video that just BEG for screencaps to be made for internet meme purposes. This is pure internet gold, I tell you. The look on the cat’s face is alternately adorable and creepy.

There’s something that seems to be haunting the kitty – is his mommy eating his cat food? Is she on a laptop that’s showing other cats up for adoption? Is this just his usual expression? Enquiring minds want to know.

The whole thing seems like one of those computer animations where things just go up and down. It’ll be interesting to see what kind of dreams I have tonight – Did you find this cute or creepy? A little bit of both? Would that make it ‘cuteepy’ or ‘Creute’? 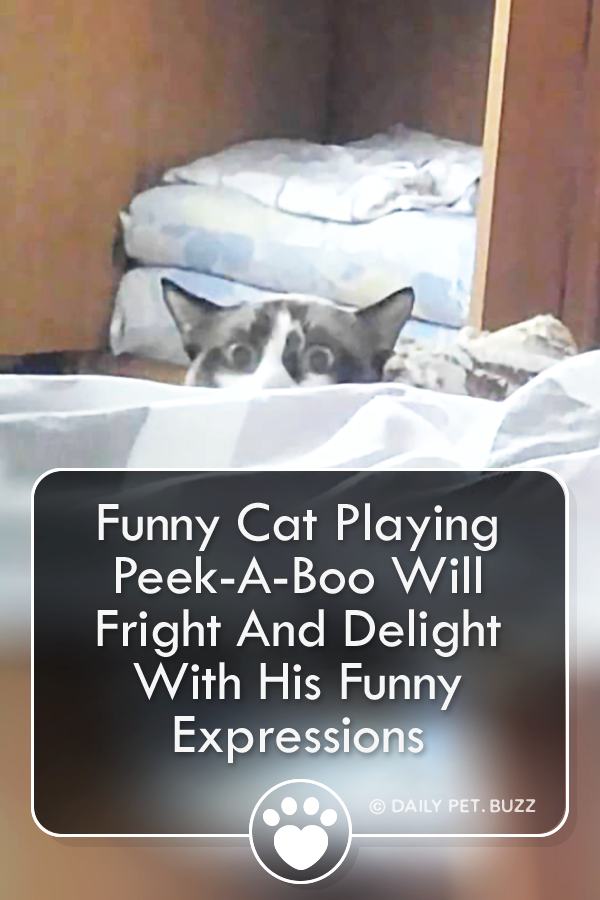