This family from Portland, Connecticut adopted Duke from a shelter some years ago. He was a wonderful family pet and continued to be on after they had their first baby. Duke loved the baby and protected her. When they rescued him, they had no idea he would repay them in such a grand way after the birth of their daughter. This frightening event happened back in 2012.

The Brousseau family had gone back to bed on a Sunday night and were sound asleep,  but then Duke jumped on their bed and began shaking uncontrollably. He had never done anything like this before. His behavior immediately woke them up and set off alarm bells.

The poor dog had never acted in such a way before, so they knew something was wrong. They went into their nine-week old daughter Harper’s room and found out she wasn’t breathing. Of course, they immediately took action.

Thanks to Duke, they woke up and discovered their daughter in time to perform CPR and call an ambulance. Harper was revived and then taken to the hospital, and now she is fine. Duck, of course, was revered as a hero and the family recognizes what an important member of the family their beloved dog is.

In this clip, Duke is described as ‘an ordinary looking dog’ but believe me, he is not ordinary. He is extraordinary.

Watch this amazing story in the video above and let us know what you thought about Duke’s heroic actions in the comments section! 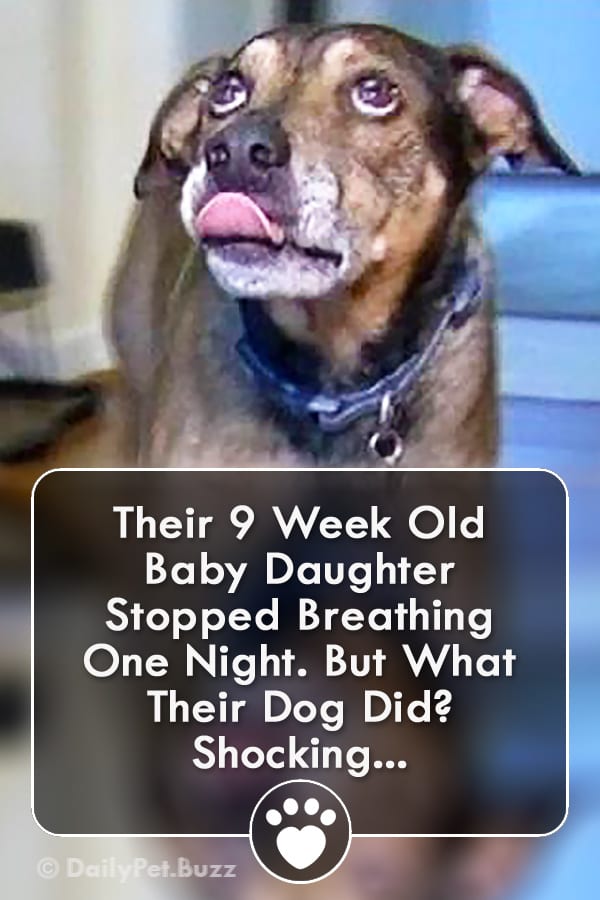