When it comes to getting themselves in trouble, animals are the best at it, though teenage boys are not too far behind. Part of it is that they do things without considering the consequences. The other is that they often are not gifted with common sense that alerts them that ‘Hey. Maybe I shouldn’t do something like this.’ Take a look at this video for example. It’s Exhibit A in our lesson here.

We see the Animal Aid Unlimited rescue workers making their way through a forest after getting a call from a woman who said she saw a dog in distress. The terrain is a bit treacherous, one of the men stumbles trying to climb over a certain area. They finally find the dog, who has his head stuck in a plastic jar. He probably saw something he wanted to eat at the bottom and he put his head in… and whoops. The problem is that there’s not much air in there.

The workers start carefully cutting though the jar. They slice a section to give the dog some air while they work on loosening the top. The air calms the dog down, since he’s not panicking about breathing anymore. A few seconds later, they pop the jar off to reveal a golden retriever’s head. The dog looks at them for a second like, ‘Thanks, dudes!’ and then bounds off into the forest, free again.

This Animal Aid Unlimited video was a bit easier to watch too, since there were no close-ups of gruesome injuries. The rescuers didn’t even need to take this pooch to the shelter. Everyone was able to breathe easier – no pun intended. Sometimes it’s just a matter of doing a simple thing to help these animals so that they can go about living their lives the way that they are used to. Everybody wins here – until that dog finds another jar.

What an engrossing video! Don’t you think so? Please tell us your thoughts in the comments section. Also, please ‘Like’ us on Pinterest. 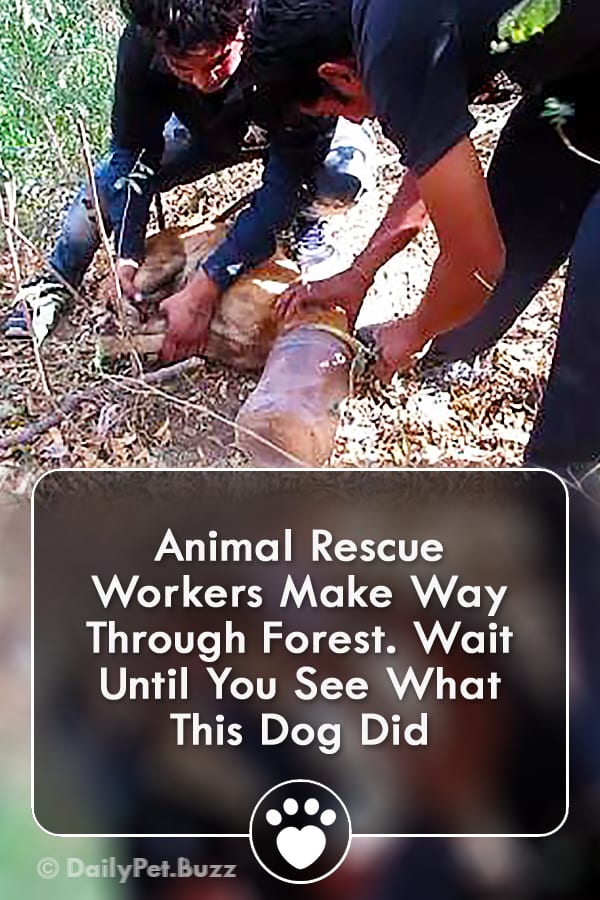