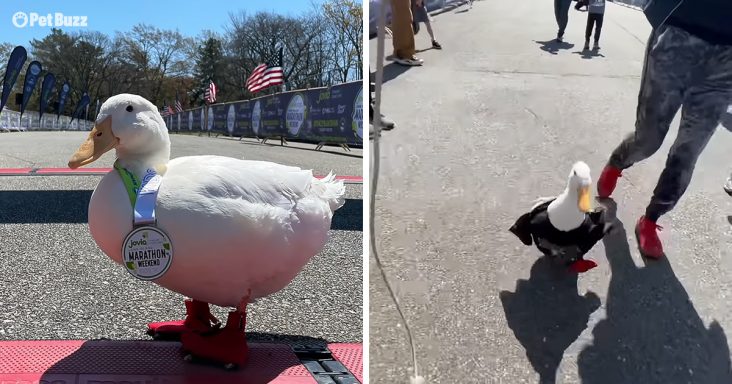 Wrinkle the duck ran a marathon on the weekend and was awarded a medal after crossing the finish line. The announcer was thrilled to watch a duck run the race.

At the beginning of the marathon, everyone took their places at the starting line. Wrinkle was running the race alongside kids, so it was a short path.

The countdown began, and as soon as it finished, the children dashed off, and Wrinkle did her best to keep up with them. She had red shoes on and waddled as quickly as she could.

Many of the participants were far ahead of her, but she never gave up. Wrinkle took frequent breaks when she was given water, and she happily drank it.

She could have stopped, but she kept going and wanted to finish the race. There were many of Wrinkle’s friends beside her, and she used their shadows as shade during the sunny race.

Some people walked beside Wrinkle to take videos and pictures of her. Once the finish line was within reach, Wrinkle flapped her wings and sprinted over the end.

Wrinkle was awarded a medal and a tiny shirt that was the perfect size for her. She was tired but was still happy to take pictures with people who wanted to see her. 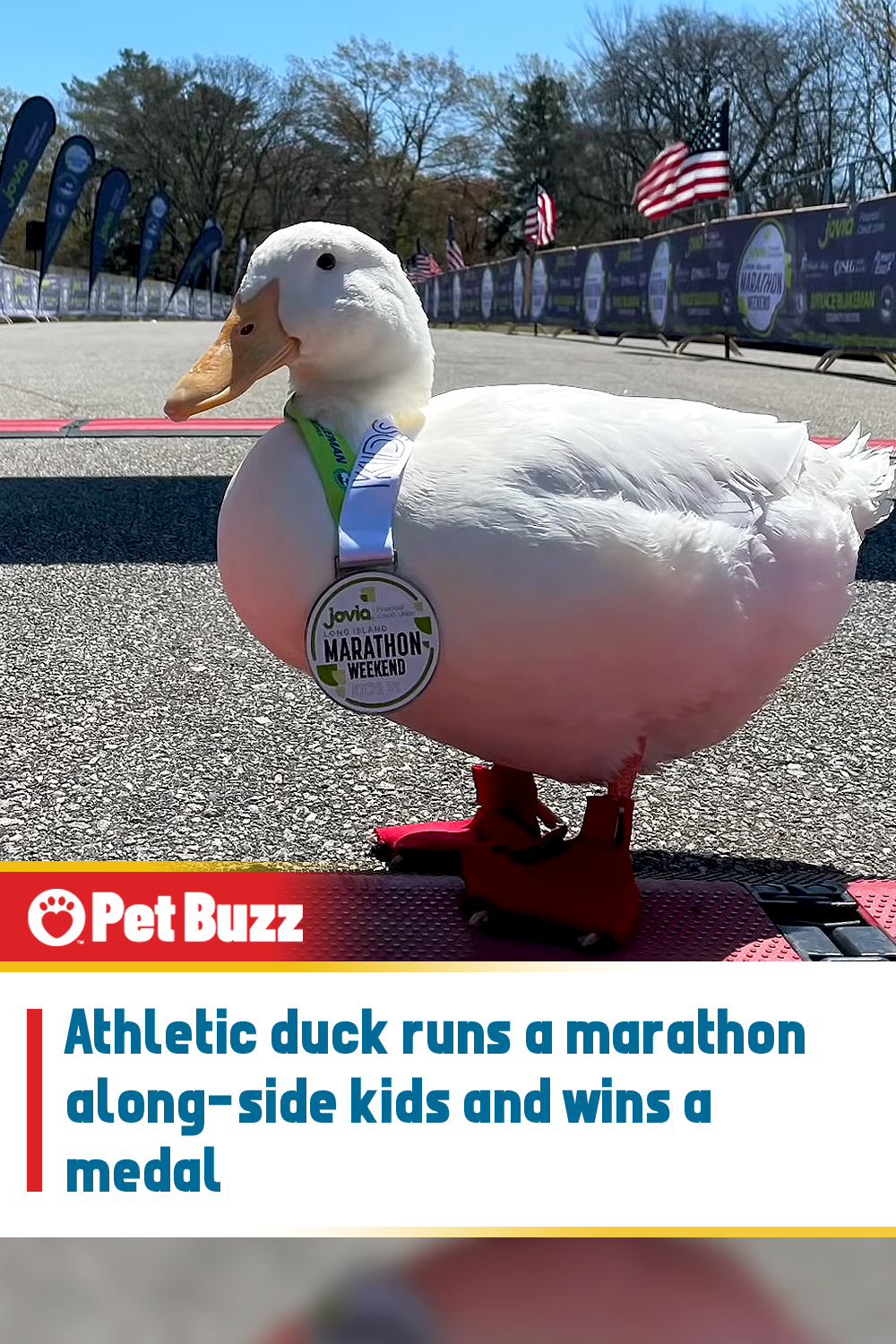