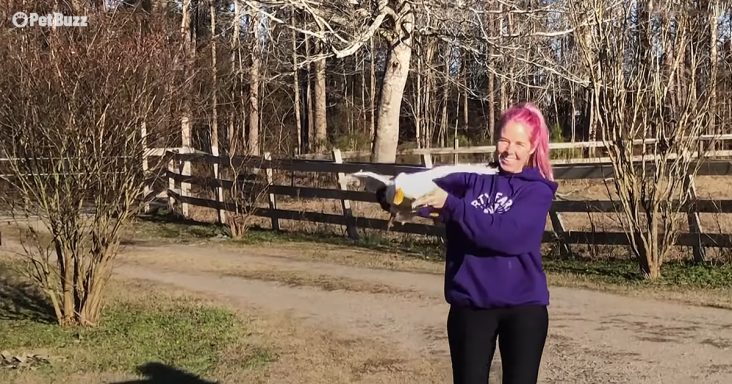 Pup is a duck with a hooked leg, so Kaitlyn Rice helps her “fly” by carrying her around outside. It began when Kaitlyn received a call about sick ducklings that needed help.

She worked at Party Farms Animal Sanctuary, and the ducks were their new houseguests. They placed the ducklings in a small fenced-off area with their own kiddie pool.

After a while, they noticed that Pup had a small bow on one of her legs. The vets said there was nothing they could do to help Pup.

She couldn’t walk the same as the other ducklings, but swim therapy did help her a bit. The ducklings were raised indoors until they were fully feathered.

Unfortunately, as Pup grew, her leg became more hooked, and she became more immobile. Kaitlyn couldn’t see any indication that Pup was unhappy or suffering, so she wanted to do whatever she could to make sure Pup lived a good life.

Every morning Pup has breakfast and has a swim in a tub. Then Kaitlyn helps dry her with a blow-dry. When Kaitlyn was carrying Pup under her arm, Pup started to flap her wings and “fly.”

Kaitlyn lets Pup flap her wings until she gets tired. Pup can’t swim for long either, so Kaitlyn made a pool noodle just for her. Kaitlyn says that Pup’s spirit and personality have always been amazing. 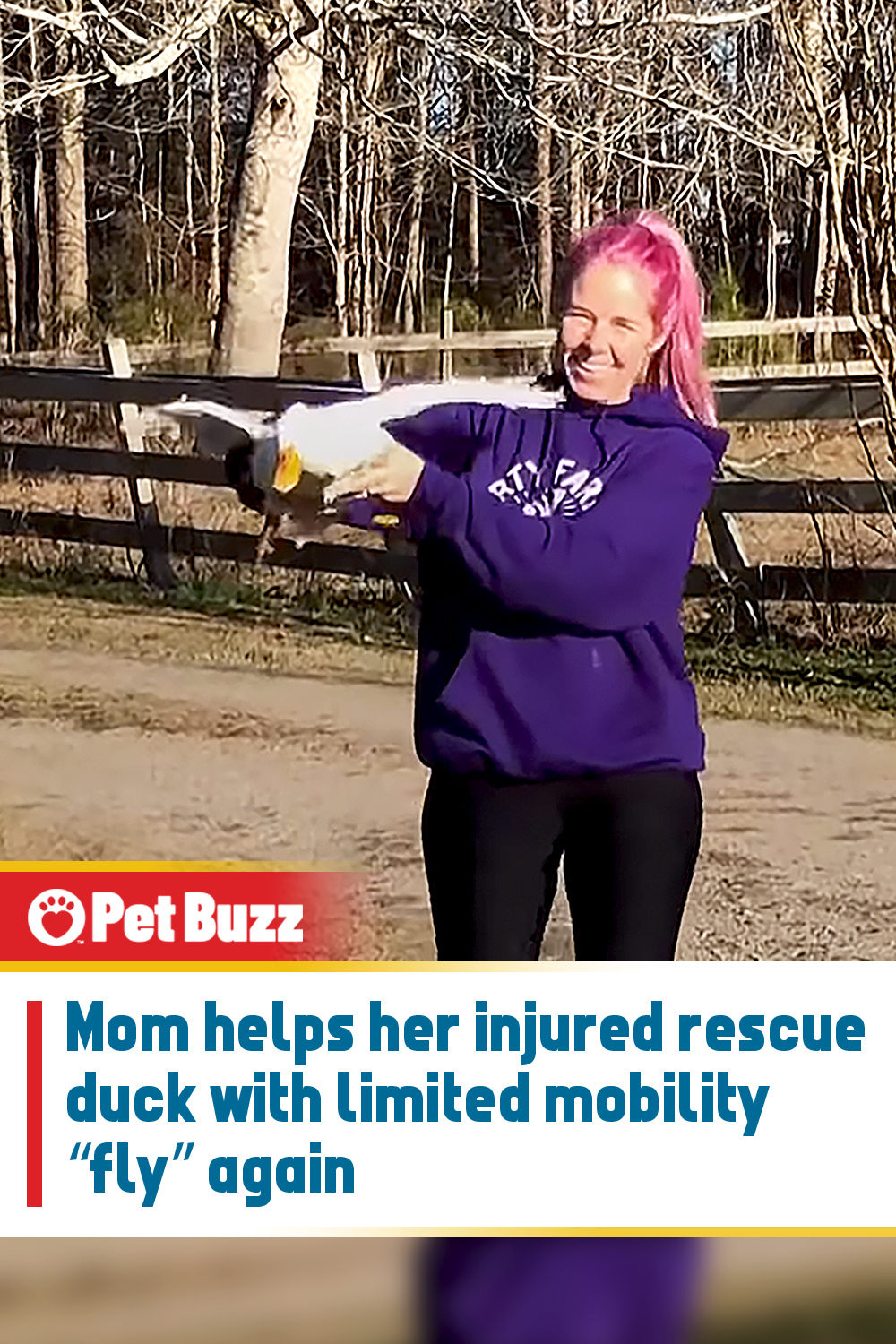