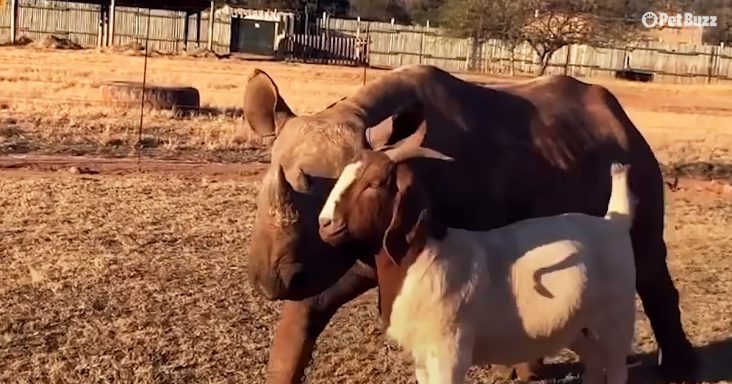 Swazi, the rescued rhino, was sad and lonely until she met her unlikely best friend, Bokkie the goat. Rescuers found Swazi when she was only a few days old.

She had been abandoned by her mother, and they could load her in a helicopter because she was so small. Since she was too little to be with other rhinos, Swazi lived alone at first.

The caretakers were worried about Swazi because she was always unhappy, then they had an idea. They had recently rescued a goat named Bokkie, so they introduced him to Swazi.

Bokkie immediately jumped on Swazi, trying to get her to play with him. Swazi slowly understood what was going on, and she started to chase Bokkie around. It was glorious to finally see Swazi have a spring in her step.

Swazi and Bokkie became inseparable and even developed a routine in the sanctuary. Every morning they would raid the whole area for food. Then they would go on their favorite walk together.

Bokkie does his best to keep up with Swazi, who has grown enormous and robust. Swazi still thought she was tiny and tried to sneak into the tiniest spaces.

They were there for each other, and now that they’re older, it was time for them to be with their own kind. Bokkie and Swazi gave each other a second chance at life thanks to their unique friendship. 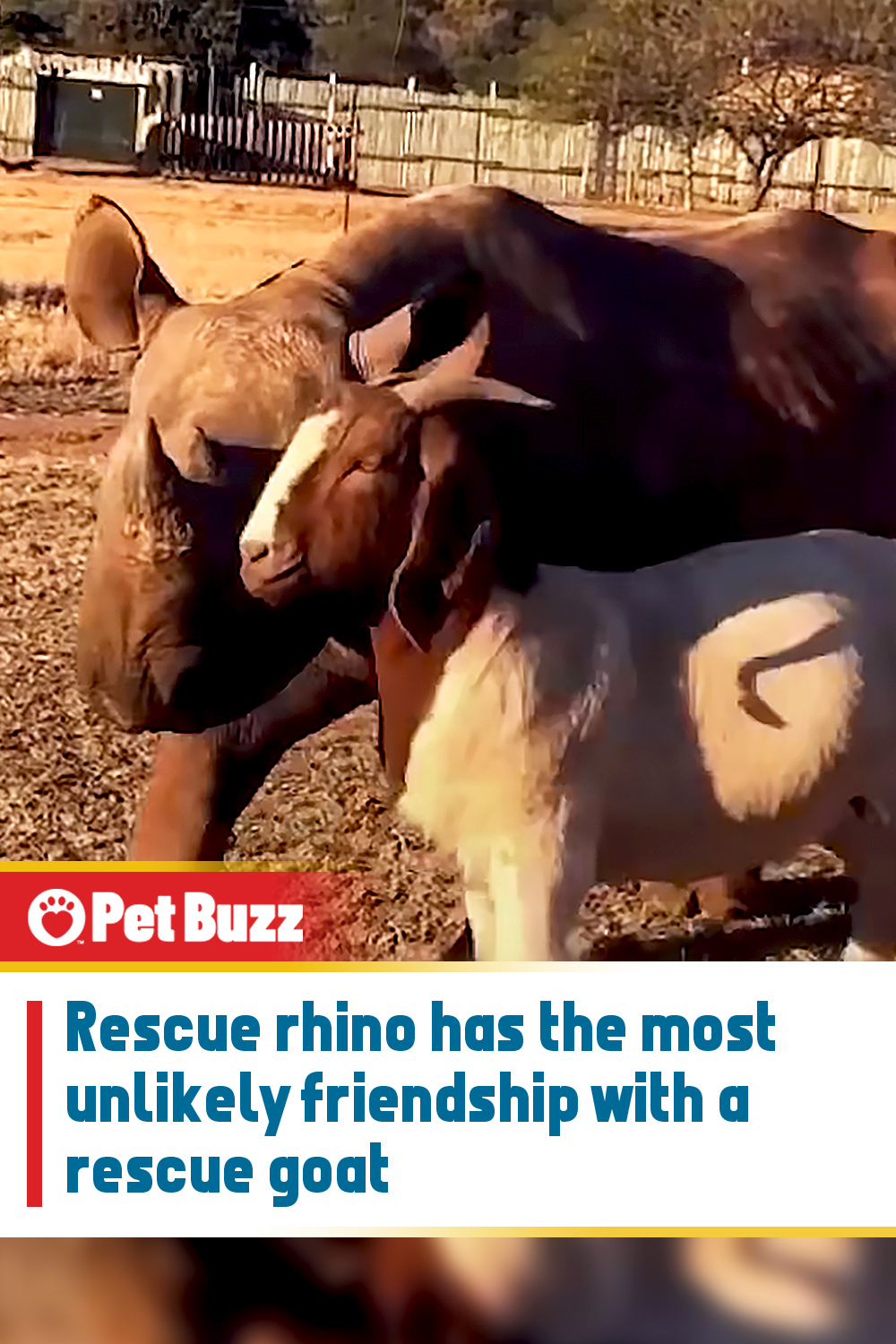