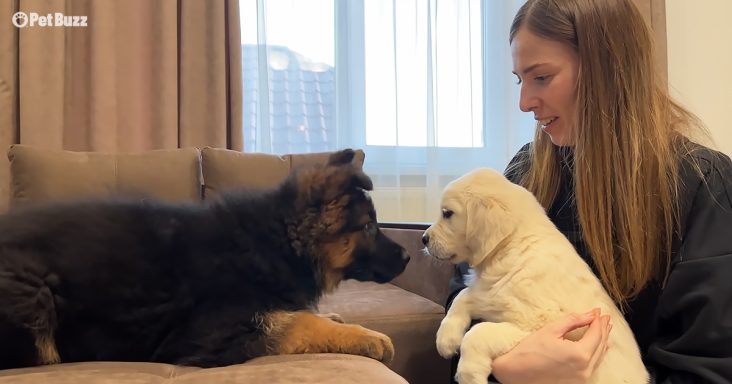 German Shepherd puppy Jessie met a Golden Retriever puppy named Mia for the first time. Jessie was on a couch when Mia was carried towards him.

Before being placed on the couch, Jessie was excitedly sniffing Mia, who appeared to be indifferent towards him at first. Then Mia was set on the sofa next to Jessie.

The two adorable puppies then start to get to know each other. Jessie is slightly bigger, and her ears are somewhat floppy. Mia lets Jessie sniff her, and she smells Jessie as well.

Jessie is undoubtedly more energetic, and the two pups walk around the couch while bouncing around. There’s enough space for the two of them to get to know each other.

Mia is a bit skeptical at first and remains calm in front of Jessie. Meanwhile, Jessie’s tail is wildly wagging back and forth, and she cannot stop sniffing her newest friend.

The German Shepherd is convinced that Mia is going to be her best friend. Then Mia slowly starts to open up, and her tail wagging matches the speed of Jessie’s.

Eventually, Mia and Jessie are on the floor chasing each other around the room. Jessie is more physical but still gentle when he playfully pushes Mia around. Their friendship has begun to blossom. 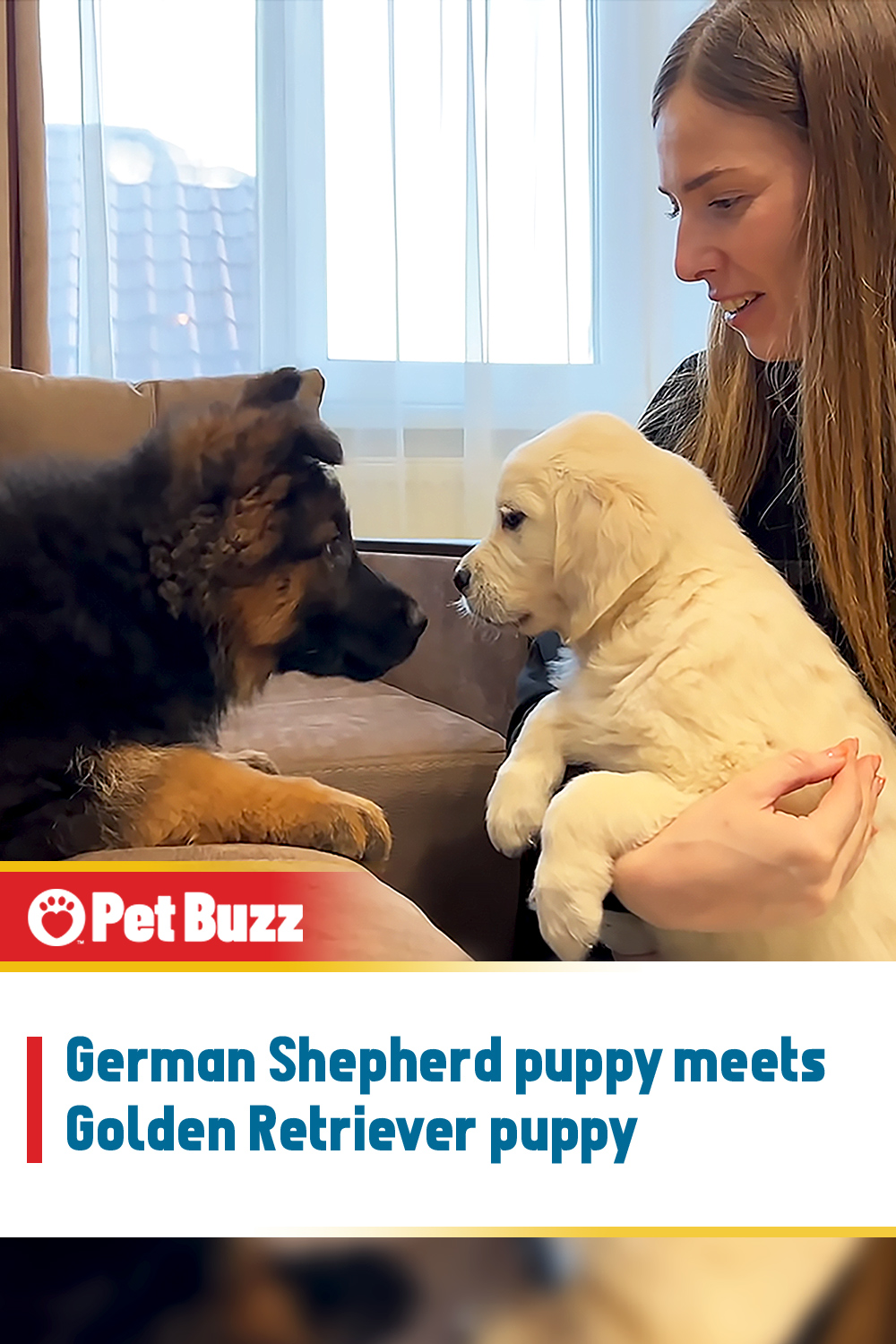