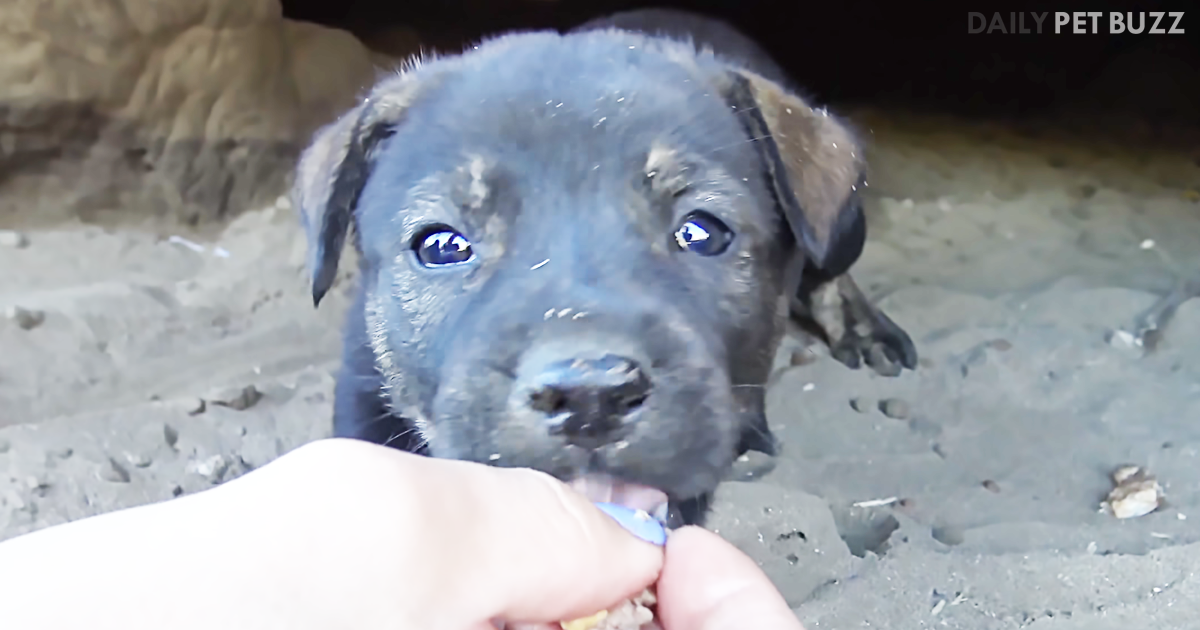 Some animals get themselves into incredibly tight spaces. Puppies and kittens, especially excel at this activity. Well, it’s because they have such tiny bodies that they can wedge into some really small spots. Humans, on the other hand, are big and bulky. It takes a lot of focus and nerves and teamwork to do some rescues.

This video here is a prime example of how a successful extraction takes more than one person. Several members of the Hope For Paws rescue group were at a funeral for a friend named Lisa Ashe, who was a dog lover and rescuer, too, when they found out that there were a LOT of puppies in a cave nearby with no mommy in sight.

They headed over there and after luring them out with cheeseburgers, managed to get one. The rest ran back into the cave – and one of the rescue group, a man, had to crawl in after them, using a gentle snare.

The puppies’ yelps and whines did break my heart, though, since they had never been touched by people before. This was one of the most gripping and harrowing videos I’ve seen. I was holding my breath with each rescue attempt.

The man who was climbing into the tunnel each time has nerves of steel. All in all, he managed to get all nine puppies out, even with their detour into another part of the cave. It was awesome teamwork that did it. Their mother remains on the loose, though. She’s a feral dog that rescuers have been attempting to intercept for FIVE years.

The rescuers paid another tribute to Asche by using each letter from her full name for the puppies: Luke, Isaac, Sarah, Abraham, Mary, Angel, Solomon, Heaven, and Ezekiel. Not to bludgeon you over the head with the obvious, but these names are also biblical.

I’m sure that Ashe is looking over these pups and her friends with pride over what they all accomplished with the rescue. Wasn’t this such an amazing rescue video? These are truly good people. It is no wonder we show as many Hope For Paws rescues as we can, they are genuinely fantastic. 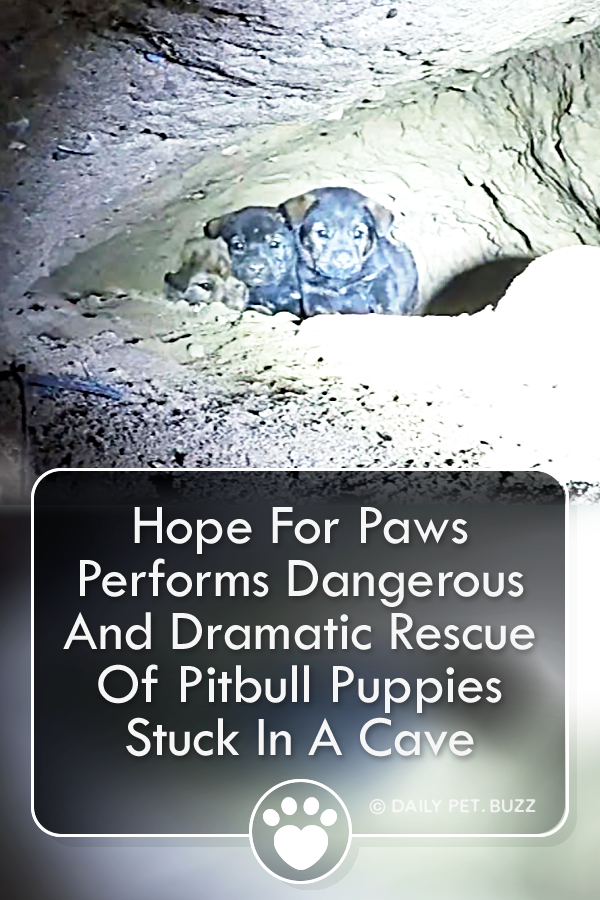