Animal rescue stories always put a big smile on my face. With the huge issue of animal cruelty and abandonment in America, it’s always hopeful to see stories like this one that show that kind people who help animals in need are out there, always doing everything they can and trying their hardest.

The following video tells us the story of Bo, a blind dog who was spotted astray when he was living at a car wash in a town. A group of Good Samaritans, an animal rescue organization, spotted him when he was on the car wash, and they set their goal to help out the poor pup who as in such desperate need for love and attention. Dog rescues like this one are very complicated, because after living on the streets for a while and living through many hardships, doggies like this one become very wary and defensive with humans.

Thankfully, the rescuers were patient enough to give him the space that he needed and carefully left food for him in the trash that he usually searches so that he became warmed up. After 6 hours of hard work, they were finally able to pick him up and bring him to the help that he needed, so that he could start his new life.

Watch his touching story in the amazing video above! 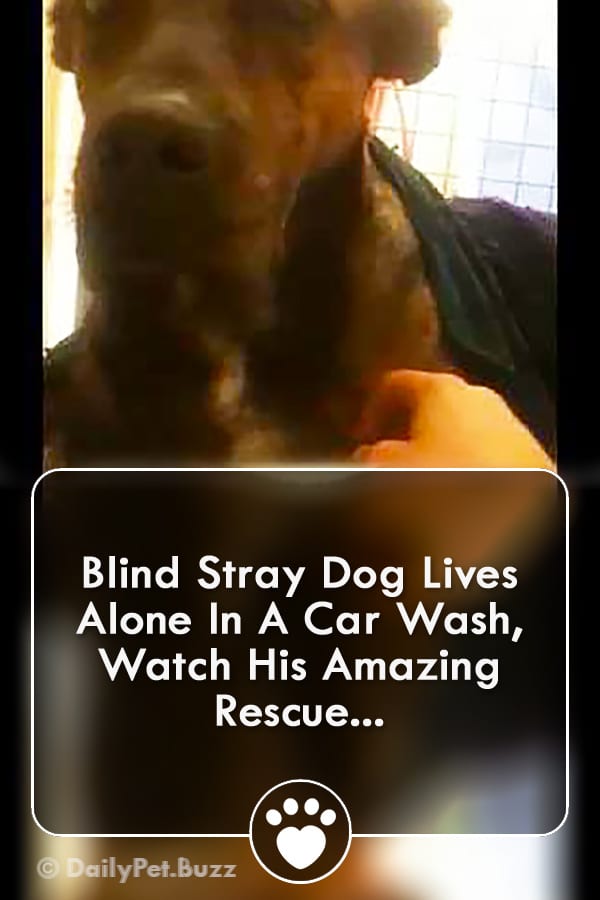