Mommies have nightmares about this every day ” their babies falling into a well, or a hole or some thing similar. The worst thing about it? They are helpless to be able to get their young charges out of danger. Instead, they have to hope a network of other people can do the job, oftentimes against a ticking clock. It’s hard enough if the mommy is human ” it’s worse when it’s a dog or another animal, since the worry is worse. Fortunately, the puppy in this video had a determined crew looking out for her.

The puppy, whose mommy and siblings were all found in an abandoned Arizona, fell down a drain. The Arizona Human Society went to work to rescue the pup. It took nine hours to get her out. How hard was it? Numerous cameras, robots and even a plumber were enlisted in making sure that they could extract her safely. This is a lucky pooch, having everyone care for her that much!

After the nine-hour ordeal, the Arizona Humane Society worker brought the puppy over to mommy, who first spent several seconds frantically sniffing the puppy as if to see if there were any injuries. Apparently, there were none, so she brought her back with her other siblings. She probably fell asleep for the first time since the puppy fell into the drain. I know that would be the case for me if anything happened to my son.

The sweetest moment is when we see the mommy dog carry this little puppy, which isn’t much bigger than a mason jar, in her mouth. She puts in her bed and just starts licking her baby. She must have been a nervous wreck the entire time that the Humane Society and everyone else were attempting the rescue. Best of all ” they were going to be fostered for about seven weeks until they were large enough to be adopted. I’m sure they were picked up quickly.

I was so moved at the reunion. Weren’t you? Leave a comment below! 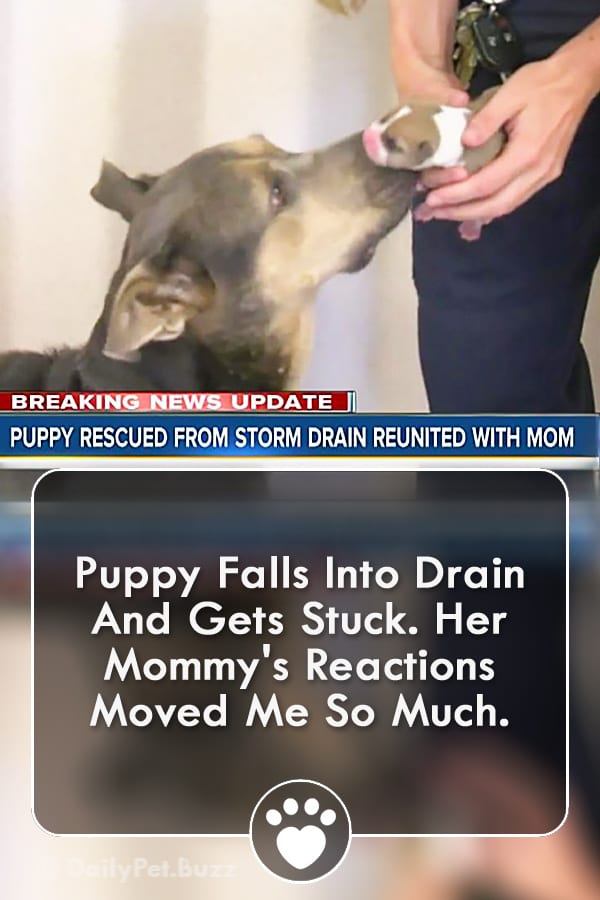