It is often said that dogs and cats are the worst of enemies, and we have probably all seen evidence of this, either on the Internet or in our own homes. But these poor animals have been stereotyped to a great degree by us humans, often times for the sake of a joke, when the reality is, dogs and cats often get along really well. So well, that they can be called best friends.  So it is always entertaining to see a video which shows how much love can actually exist between them. This clip features a handsome dog who is really excited to get a chance to see his new pal.

In this hilarious video, you can see the owner and the dog talking about a new pet. Yes, the dog talks too, via dubbing of course. The dog wanted someone he could play with, so his owner came up with a list of animals that he could potentially have as a buddy. The owner tells the dog he’s been to the pet store and he runs down the list of all the animals he considered as a companion for the dog. The dog’s reaction when he mentions a snake is particularly funny! When the dog hears the word ‘kitten’ , his reaction is simply awesome.

I suspect this dog already knew there was a kitten in the house somewhere. He seemed to know something very furry and cuddly was waiting to meet him, and his excitement about the new addition to the family is really worth watching.

Watch the video! Isn’t that adorable? Let us know your thoughts about it in the comments! We’d love to hear from you! 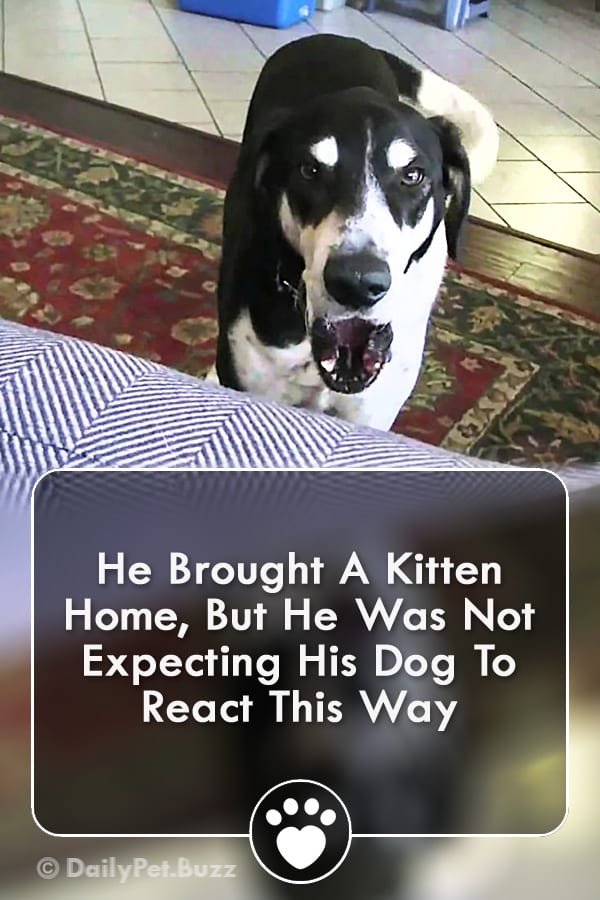