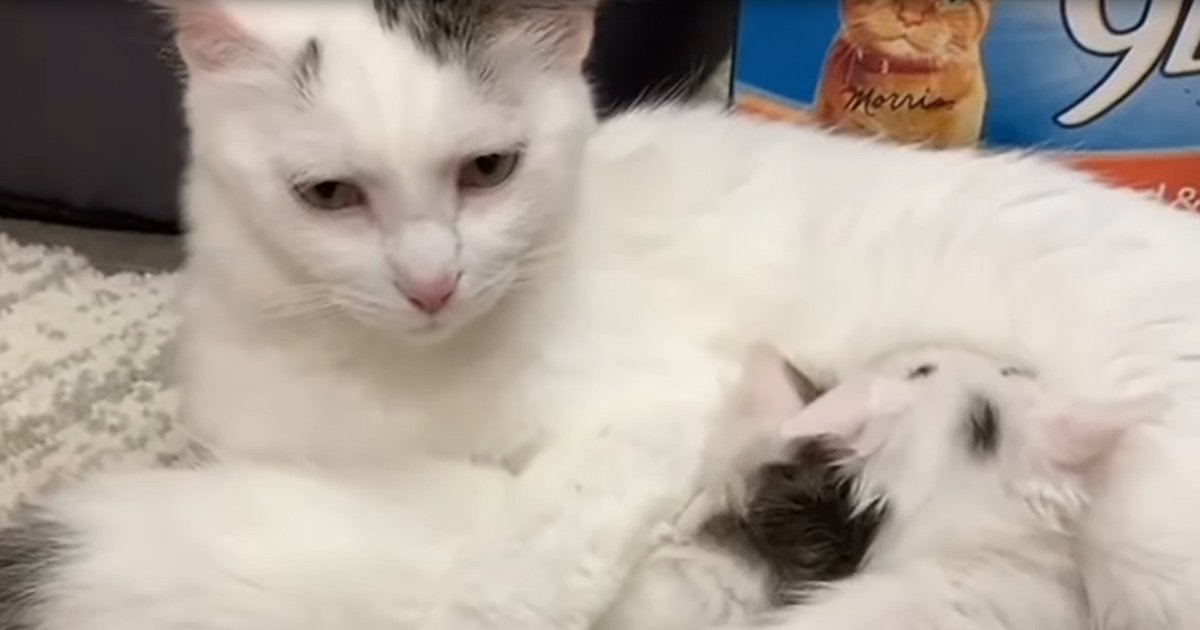 A family moved from their house, leaving behind two families of cats with their nursing kittens. Rescuers were able to capture all the felines except one of the mother cats, who reacted fearfully to strangers in her house and ran away. With the kittens safely ensconced in foster care, the rescuers returned to the house to try to trap the mama cat who had escaped.

Fortunately for her kittens, who were missing their mama, she did return to her house and the rescuers were there to capture her and bring her to the foster home where her hungry kittens awaited. It was a happy reunion, with plenty of purring and baths for all the kittens. The mama cat turned out to be an affectionate girl, and she communicated her deep appreciation to the foster caretakers for reuniting with her kittens, purring and rubbing against them.

With the return of their mother, the kittens quickly warmed up to their foster parents and began exploring and behaving like more confident kittens. The kittens became known as Razzle, Dazzle, Zazzle, and Sheldon. Cute Zazzle is a carbon copy of her mama and quite a little mischief-maker.

The whole cat family is grateful for a safe home where they no longer need to worry about homelessness or the source of their next meal. Fortunately for both feline families, a team of rescuers volunteered to step forward and help so that all the cats and kittens would have safe refuge until they can be placed in families that will stay with them for always. 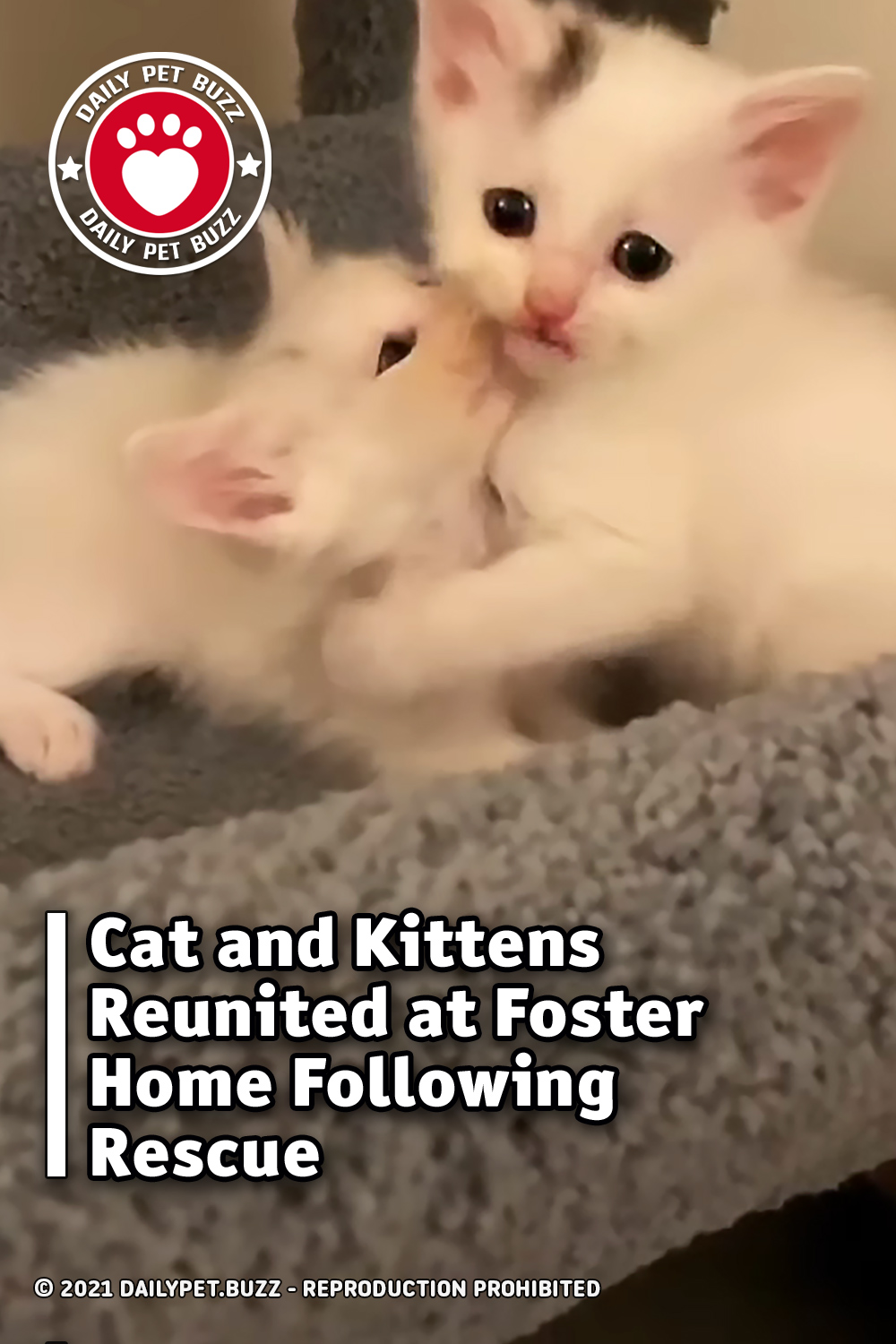