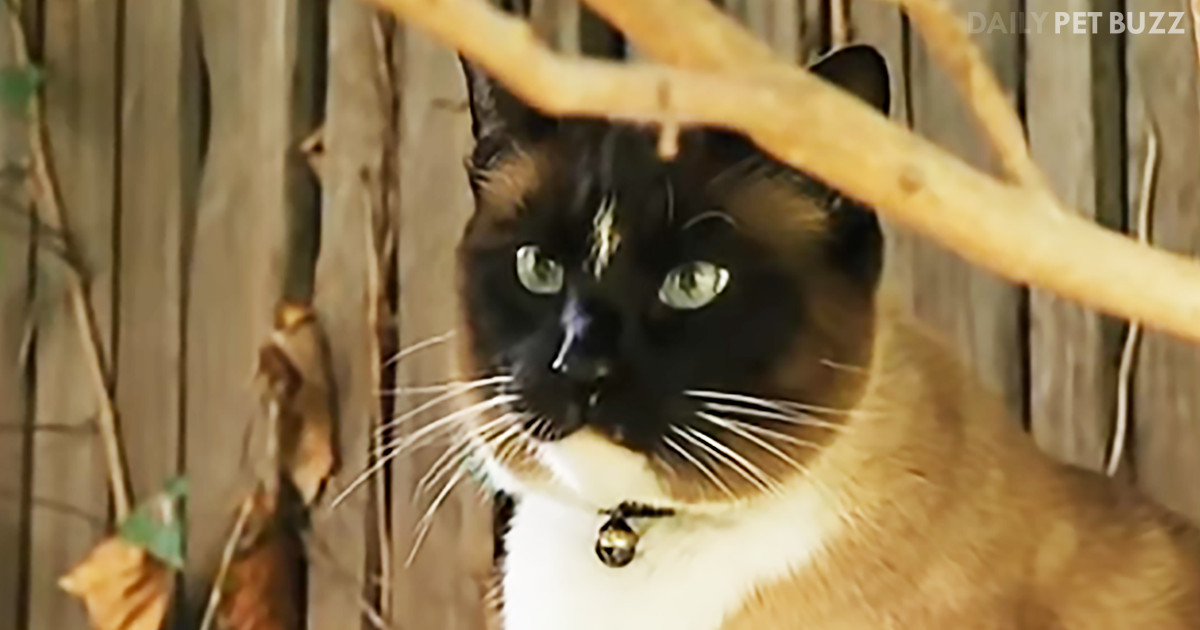 I’ve lived in many areas with indoor/outdoor cats. They tend to be quiet and keep to themselves. Sure, they may sometimes leave mice and other animals on their mommy and daddy’s porch or inside the house, but that’s part of having these cats. They actually think that they are leaving them a present, to show that they are part of the family. I don’t understand what this cat that we see in this video is doing – maybe he thinks he’s saving them from having to order stuff online?

We see an indoor/outdoor cat named Dusty. He looks like a sweet, loving cat. That would be true, but he has one nasty habit. No, not grooming himself in his private areas for all to see – OK, make that two nasty habits. No, he roams around his California suburban neighborhood and goes to people’s houses and rings their doorbells. No – again, just kidding. He actually goes around and steals their things and brings them back home.

Dusty (affectionately known as ‘Clepto’ to the neighborhood) has taken over 600 items over the course of the years. OK, that one was not a joke. What does this cat steal? Basically, everything out there that’s not nailed down. He’s particularly fond of bringing back clothes. His personal record was 11 items one night. Somehow, I don’t think that Guinness will be calling him about that one – Still, the neighbors don’t seem TOO annoyed by his thievery probably because they know exactly where to go to find their purloined items.

Who knows what makes Dusty do this? This is the first time I’ve heard of a cat being an actual, you know – cat burglar. Was he just born with this instinct? At least he’s not stealing people’s wallets and going onto his mommy and daddy’s laptop to order crates of catnip. Well, not yet, since I’m sure he’ll probably see this write-up here and get an idea. Hide your wallets well, people.

I was amused watching this whole video. Then again, I have two indoor cats who have never set foot outside. They wouldn’t steal stuff – hey – where’s my wallet? Why did I just get a notification from Amazon about catnip? Just kidding. Don’t miss this hilarious thieving feline in the video below. 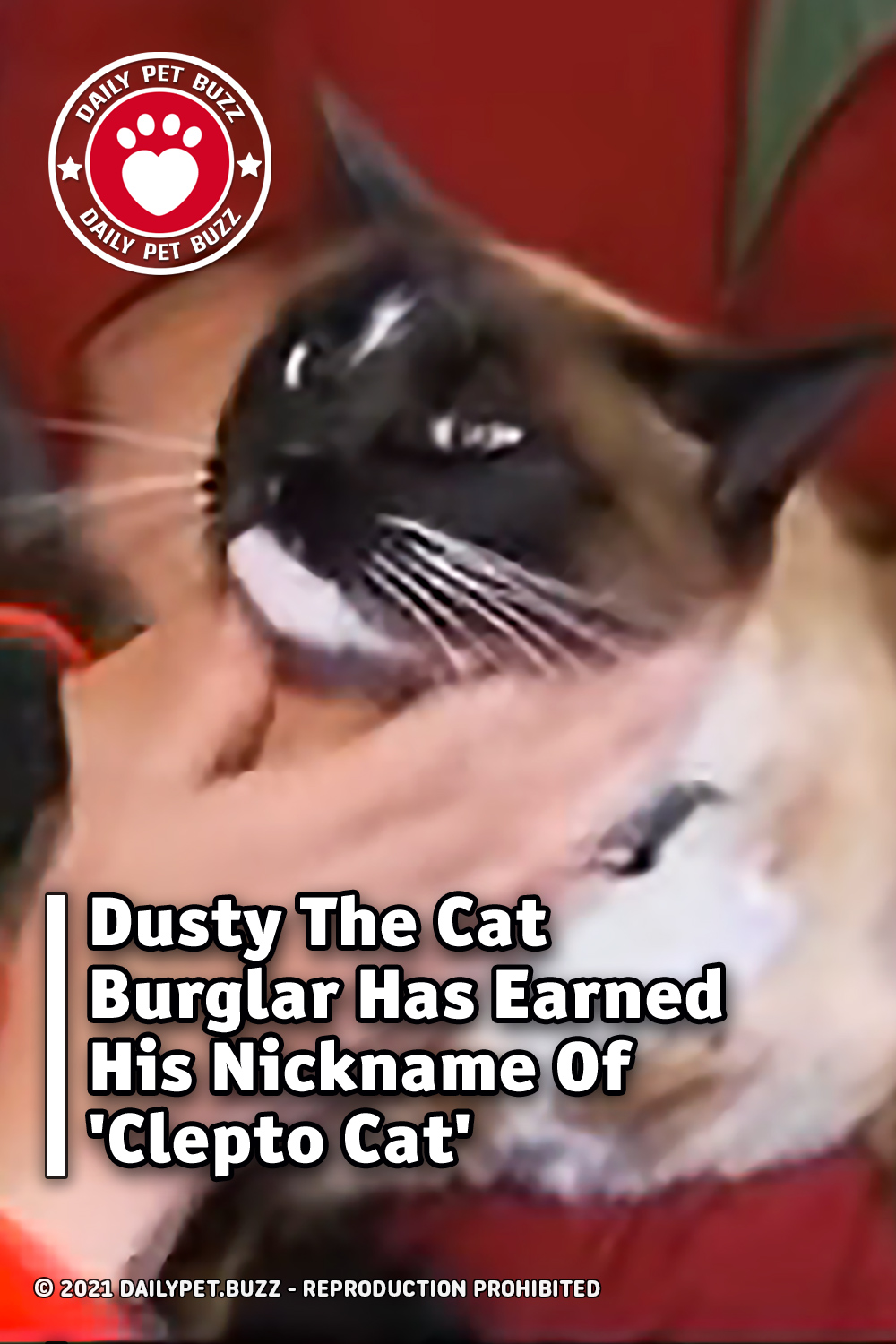