If your parents are nature photographers, you might have a very unusual but wonderful upbringing. That was certainly the case for French actress Tippi Degré. She was born in Namibia, in southwestern Africa, the daughter of Sylvie Robert and Alain Degré. For the first ten years of her life, Tippi lived among the animals her parents were documenting. As her mom recalled, “It was a magical time, to be able to be out in the wild and free with our child.

She was a lucky little girl… It was just the three of us along with all the animals.”Looking at the photos and videos of Tippi with various wild animals you might worry, but her parents were actually paying a lot of attention to her safety. “Many farmers in the areas took care of some of the orphaned animals and we were used to having them come close. They become almost tame or very accustomed to people and that’s why Tippi could be so close to them.”

Tippi’s mom recalls how she interacted with the animals: “Tippi always said that everybody was gifted and this was her gift. She was in the mindset of these animals. She believed the animals were her size and her friends. She was using her imagination to live in these different conditions. She had no fear. She did not realize she was not the same size as Abu the elephant. She would look into its eyes and speak to him.”

Tippi and her parents moved to Paris when she was 10, but Namibia, its people, and its wildlife have a special place in her heart. She’s been involved in producing nature documentaries and wants above all to raise awareness of the beauty of the region’s wildlife and the threats it faces from us humans. Meanwhile, a book of the amazing photos her parents took of her African childhood has been published: “Tippi: My Book of Africa.”

What did you think of Tippi Degré’s unique childhood? We’d love to hear from you in the comments at Facebook and don’t forget to like and share! 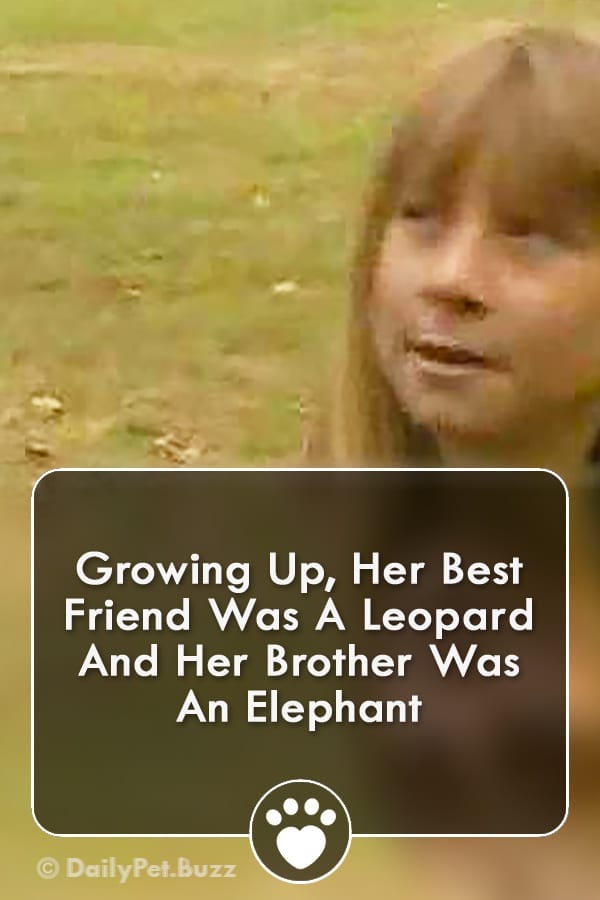