Many of us don’t like things or people that don’t outwardly behave like our concept of how they should. People will stare at those who may have conditions that twist their bodies into a pretzel. It’s not right and there are those who care. That’s never more evident than in this video of an Australian cattle dog named Max and a kitten named Ralphee, who has Feline Cerebellar Hypoplasia. That means her cerebellum, which controls movement, was underdeveloped at birth.

Ralphee looks like a normal kitten save for a couple of things. When she walks, her head often moves around like she’s a bobblehead. There are also some times when she will suddenly shift direction and move around like she’s a marionette on strings. That doesn’t bother Max, who just watches and waits until she recovers. It’s truly a wonderful friendship between the two. The dog has taken on a protector role for the cat.

One look at Max and you understand why he does this. His eyes show a kind soul. He’s bred to oversee cattle – so why wouldn’t he watch Ralphee? It’s part of his natural instincts. He could no more abandon her than he could one of his flock. He knows his mommy or daddy brought this little kitten into the fold for a reason, and he’s determined to carry that through. What a kind doggie!

We live in a world where being different can carry scorn. A certain politician – let’s just say his name rhymes with ‘Ronald Chump – ‘ even went as far as to mock a disabled reporter at a rally. Max is different. There are times that he may look quizzically at Ralphee when she pulls one of her moves, but there’s no question that he loves her and is devoted to her. It will be interesting to see them as they get older.

Max and Ralphee were SO cute. I think they should make a movie about this dynamic duo. What do you think? Please tell us your thoughts below! 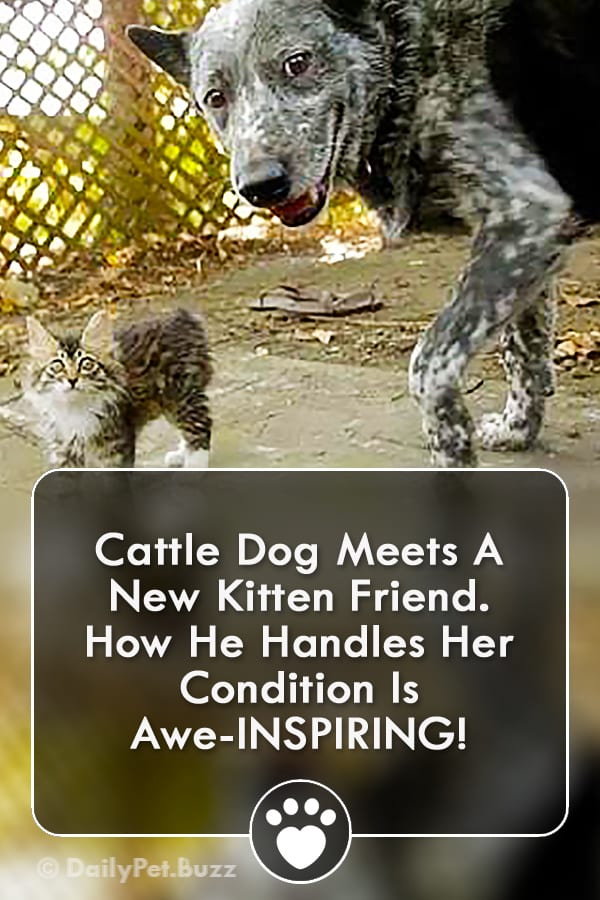