When I envision a horse, I think of a majestic and elegant creature, standing tall with pride and grace and strength. So when I saw this one acting like a big doofus, it was pretty surprising and pretty funny. Sure, their cooperation with humanity has been vital, and we’ve always relied on them for their unending resilience and strength, but in the end, they’re domestic animals, and like all beloved pets, they love to have fun. The way this one has fun just happens to be highly entertaining.

This particular horse friend is called Cruz, and he’s still very young, at just four months old. He’s energetic and playful, as most kids are, but he has an odd attraction and love for a toy that you wouldn’t think would interest a horse. He especially adores a Pilates exercise ball that his owner gave him as a toy. It might be a bit oversized for humans to play with, but for Cruz, it’s just the perfect size. He keeps trying to hit the ball, and bouncing off of it, until that just becomes the game itself.

He is a very persistent horse and really aims to conquer this ball. He doesn’t give up at trying to control the ball, and it’s almost too cute for words. I had no idea horses could be this playful, but I did know they were a great source of entertainment. 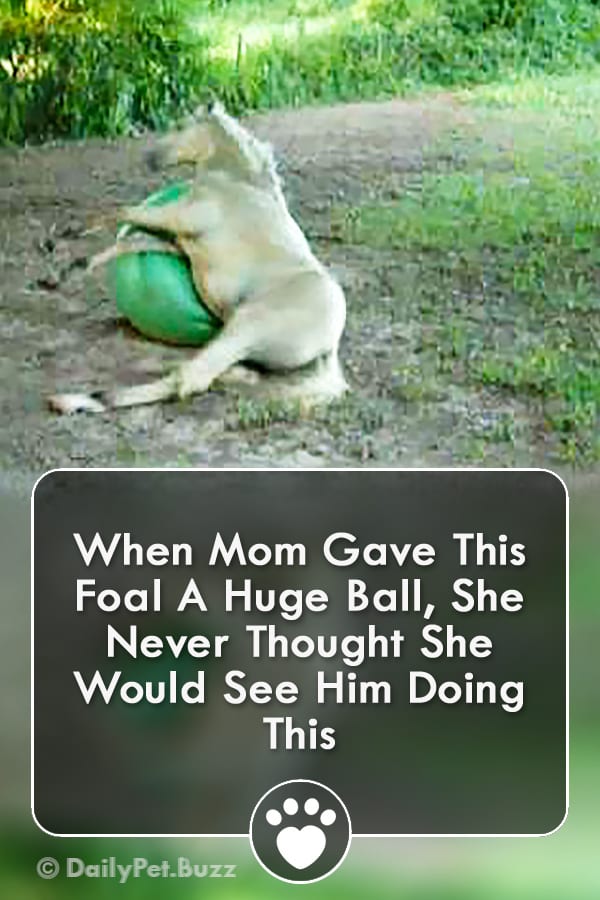