Even if you aren’t a stand-up comedy aficionado, you’ve surely heard of Larry the Cable Guy. He was part of the Blue Collar Comedy Tour along with Jeff Foxworthy, Bill Engvall, and Ron White. If you picture Larry the Cable Guy telling a joke, you can practically hear his trademark Southern accent. There’s no mistaking that twang as he drawls out one zinger after another.

But is Larry the Cable Guy actually a son of the South with the accent to prove it? Not really. Daniel Lawrence Whitney — that’s the comedian’s real name — was born in Nebraska. The real-life Larry speaks without a southern accent! Well, he is an actor, after all. If you’re surprised, you aren’t the only one. Larry has an amazing talent for imitating all sorts of accents; sometimes it only takes him a few hours of practice to get one down. That’s why he calls himself a “linguistic chameleon.” He’s also adept at quickly switching from one accent to another.

But Larry’s southern accent is his masterpiece and he explained the backstory in an interview with Graham Bensinger. It all started when he was living in Florida. He spent a lot of time with country folk and this got the gears turning. Then he moved to Georgia to go to college, majoring in drama and speech (oddly enough). He had two roommates, a “super-southern” one from Dalton, Georgia and the other a native of Beaumont, Texas. By the time he dropped out of college in his junior year to launch his comedy career, he had perfected his character’s southern accent.

We’ve posted Larry the Cable Guy’s interview with Graham Bensinger below. You’ll learn more about Larry’s upbringing and the story of his accent magic. 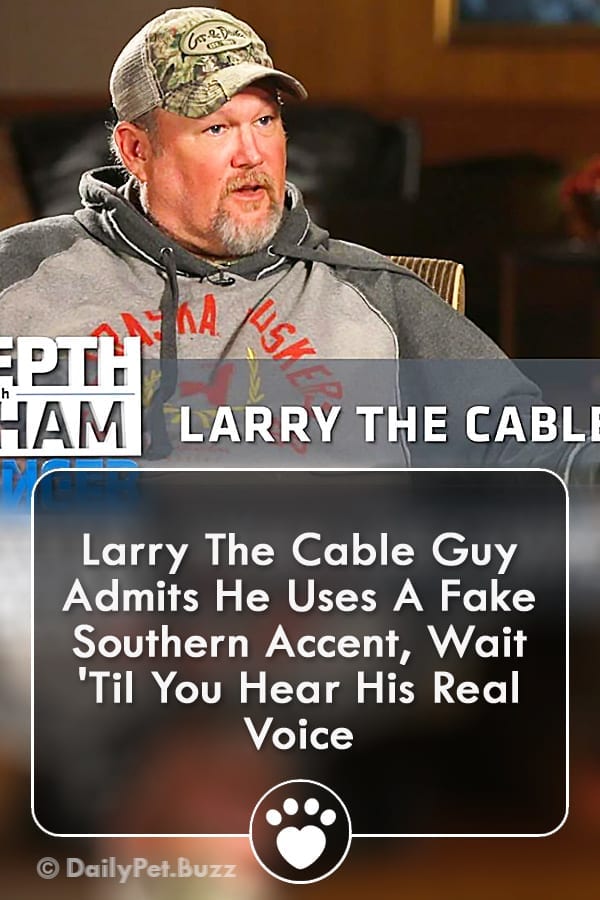