Animal Aid Unlimited is a rescue organization and a sanctuary that also provides hospital services to injured and sick street animals. They are a US based organization located in Rajasthan, India. They are responsible for the rescue of thousands of hurt and helpless animals every year and they do so much with limited resources. This organization does great work and deserves to be rewarded for their efforts.

This video shows the rescue of a puppy from a well. The little guy somehow fell into a very deep well, although as I was watching, I began to suspect someone threw him in there. When the rescuers found out, they wasted no time and a brave man from the rescue team, named Ganpat, dove down to go get him.

Ganpat had a rope tied around his chest, and several men lowered him at least 30 feet into the well. In no time in scooped the puppy up in his arms and was able to use his feet to climb and help the men who were pulling him out of the well.

They managed to bring the puppy to safety and he is in good hands now. They took him to the Animal Aid facility on the back of a motorbike and when they arrived, he was cold so they wrapped him in towels. He had some wounds, but he was treated, and at the end of the video you can see what a beautiful puppy he is with such a sweet face. He loves the attention from his rescuers.

Watch this amazing rescue video above! What did you think of it? Let us know in the comments! 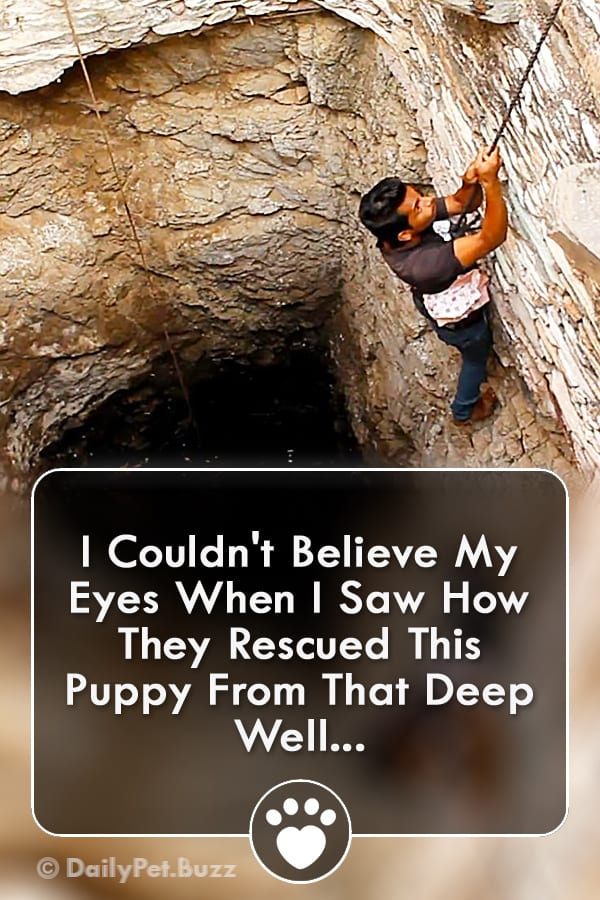