Going to the zoo can be a lot of fun. Of course, it depends on the time of the day, the time of year, the weather – Yes, there will be times when it seems like the place is a ghost town, with all the animals asleep. But then there are those times when you have like we saw in this video here, with an animal that likes to interact with guests at the zoo. I was chuckling the whole time that I watched this.

We see a toddler named Isaiah go to the gorilla enclosure at the Columbus Zoo. He sees a baby gorilla there named Kamoli. This kid can’t take his eyes off the baby gorilla. Wow! This is so cool! A baby gorilla right in front of him. He taps on the glass to see if he can get Kamoli’s attention. He then climbs on the rock-like decoration on the outside wall. Now Kamoli gets a idea on how to participate.

Kamoli, the baby gorilla, perhaps feeling quite impish, runs to the other side of the tree. The toddler follows. The gorilla goes back to the original side. Soon, it’s a back-and-forth game of ‘Peek-A-Boo’ and it’s hard to decide which one of the two are having more fun ” Kamoli or Isaiah. The gorilla’s mom is just sitting there in her part of the enclosure with a ‘sigh – kids!’ expression on her face.

Of course, the comments on the YouTube were still littered with Harambe references. I think it’ll probably be another two years before the Internet gets that out of its system. The only way this kid was going to get into the enclosure was if he had a diamond-tipped glass cutter with him, and I don’t think they make those in kids sizes. It was sweet, though and made me want to go visit the zoo.

Wasn’t Kamoli so cute! Have you had an experience like this when you went to the zoo? The closest thing I had was a goat who wanted me to feed him and had no shame leaning over the fence to get my attention. We’d love to hear your stories in the comments section! 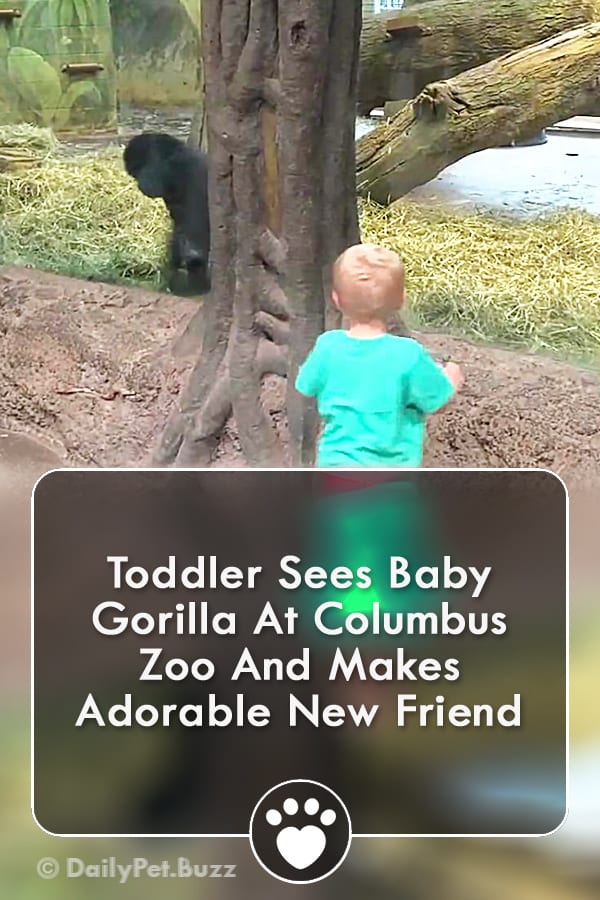