Babies and puppies are quite similar in many respects, one being that their needs often have to be met by their human parents. However, there are some significant differences you will notice between babies and puppies, and you will see one of them in this video, namely that puppies do not like to hear the word ‘no’ from their owners. When you are dealing with a fussy baby, you actually can discern what the problem is because parents know very well the basic needs of their child; but when it comes to fussy pups, God help you. It is much harder to communicate with a fuming little dog than a fuming little baby.

This clip features Bentley the Bulldog puppy who is apparently quite good at throwing temper tantrums, much like a toddler. He is angry at his owner over one thing or the other and the way he vents out his anger is ridiculously adorable. This is the cutest temper tantrum you will ever get to see! It looks like he wants to get up on the couch, so he starts barking and whimpering at his owner. You just have to see this cute little pup’s reaction when he doesn’t get his way.

Watch the video! Wouldn’t you let him up the couch if it was up to you? Let us know your thoughts about this video in the comments! We’d love to hear from you! If you think Bentley is cute enough to share, please repost this video on Pinterest so your friends and family can enjoy Bentley too. 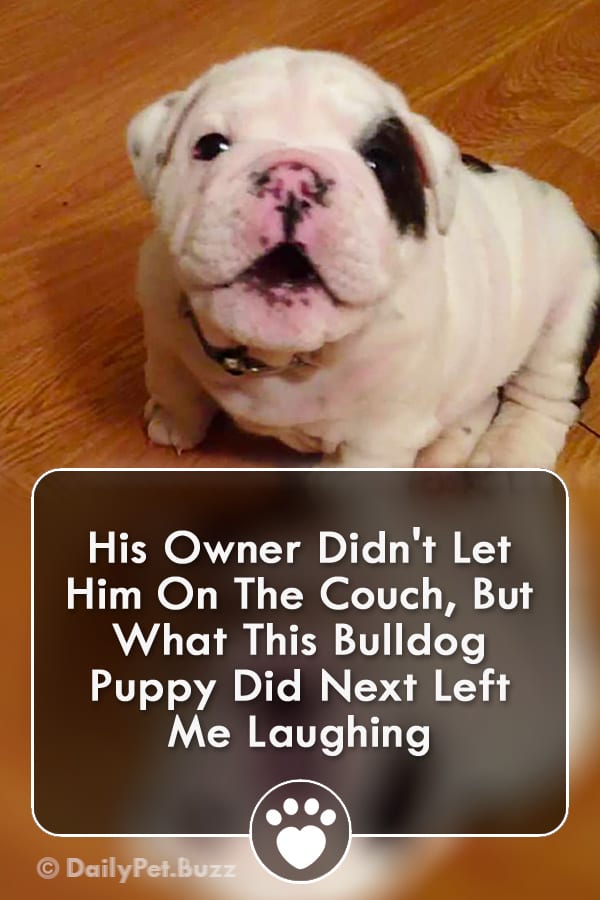