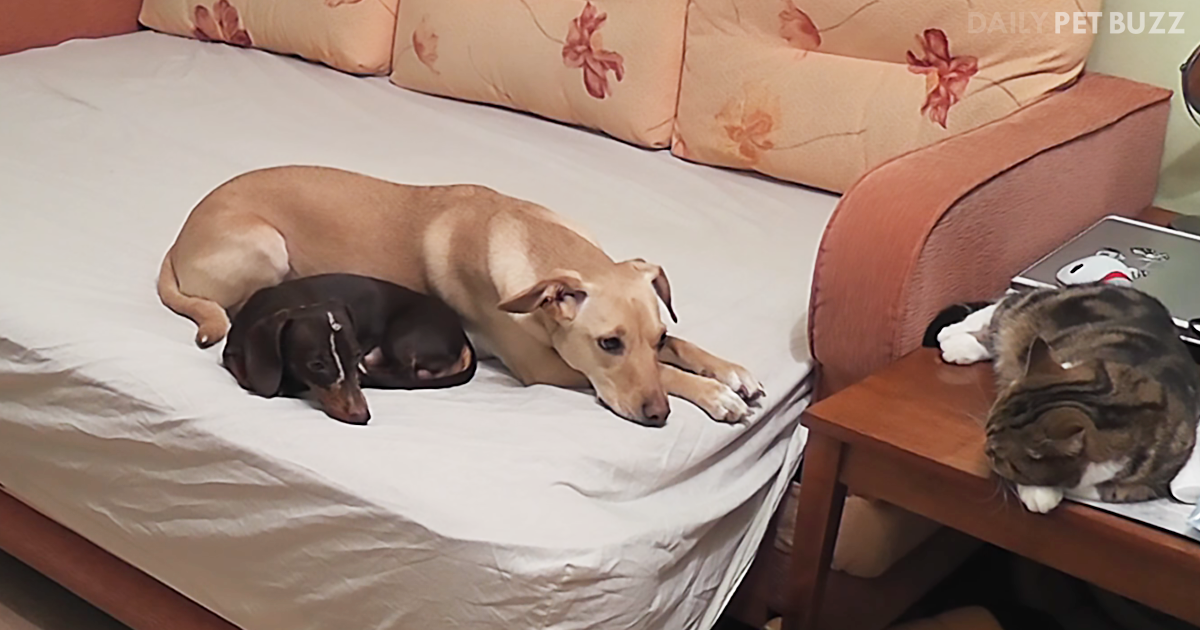 No doubt, members of the canine and feline community probably liked things better before technology made it possible for their owners to spy on them. Yet, this is exactly what some dog and cat owners are now doing in an effort to know what their companions are doing in their absence and whether they are behaving themselves.

What sort of things do you think that your pets get up to when you are away from the house? Are you a fan of watching pets being caught doing funny and strange things when the cameras are on? One of my favorites was a guy who filmed his two dogs while he was out, and one of them spent ten minutes rubbing his butt on the couch – apparently right where dad normally lays his head.

This video below is going to have you laughing, but probably not for the reason you think. As the footage begins, two dogs laid down on the sofa bed. There is also a kitty sprawled out on the end table. This seems to go on for a while; then, the larger dog gets up to go over to jump up to look out the window.

See, now this is where you think it is all going to get very exciting. There is action, right? No. This pooch goes straight back to lay down on the couch. These three pets are definitely NOT up to mischief. I mean, they take boredom to a whole new level.

At least this pet parent knows his companions are all well-behaved when he is out of the house, right? The absolute mundaneness of this video makes it absolutely hilarious. Click the video below to watch the most precious and boring video of three pets left home alone. 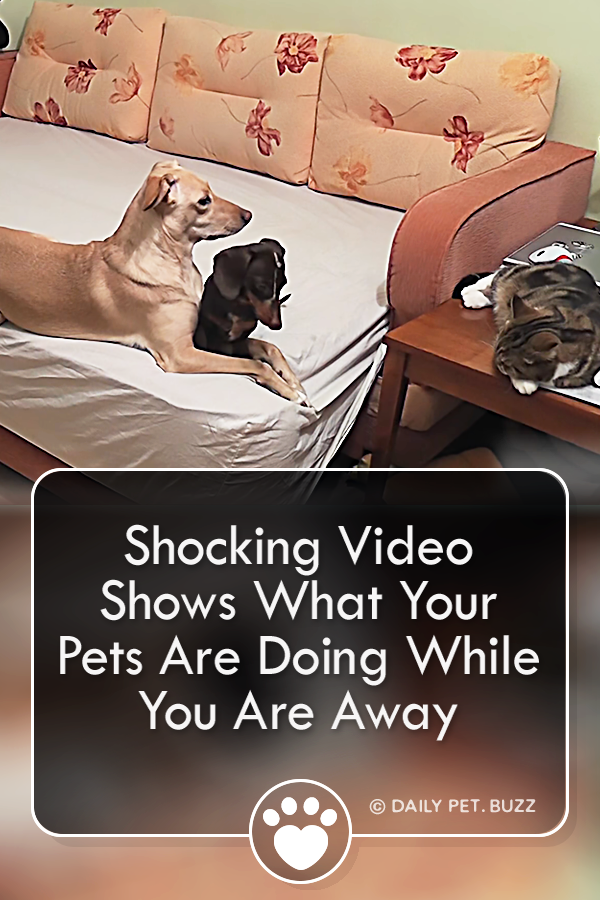