A family had a pet dachshund named Gram. The family noticed that Gram would keep roaming around a hole in the ground near their yard. The family soon found out after researching this is how a rabbit den would look like.

This is when they saw a kit (a baby rabbit) crawl out of the hole. The family kept an eye to check if they could see the mom, but everything was in vain. The mom never returned.

Unfortunately, one of the babies did not survive, and that is when Dash was adopted by the family. When Dash was brought inside the house, the family’s first thing was to make a bed for him. 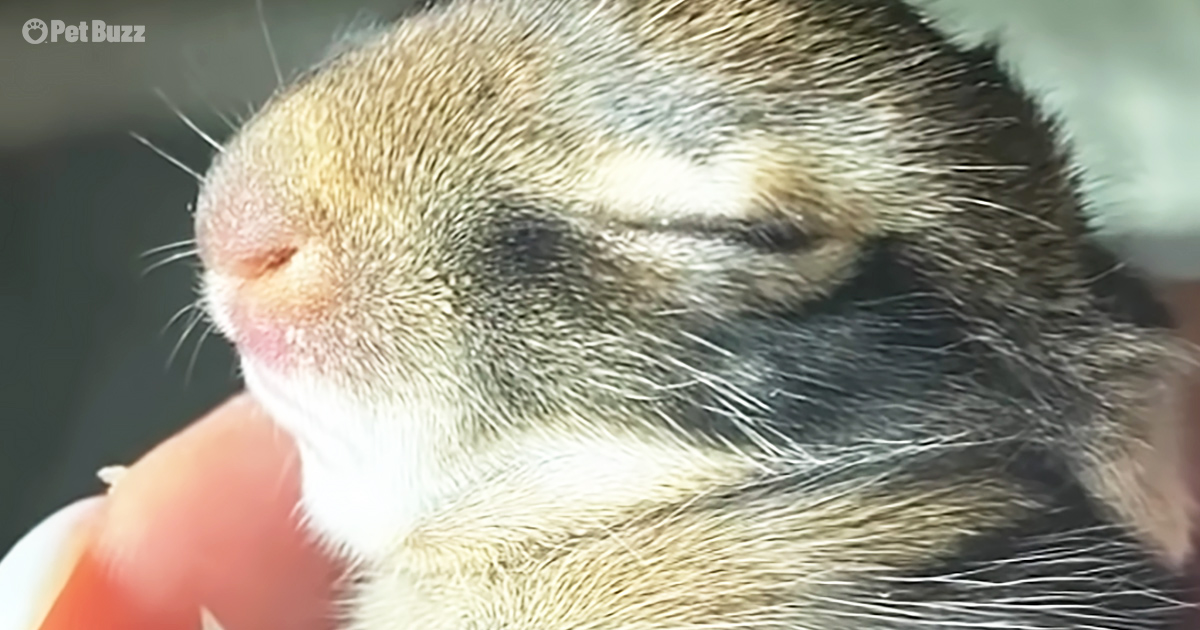 Gram, their pet dachshund, had a toy box that was customized as Dash’s new bed. Instantly they found that Dash was comfortable and cozy and loved his pleasant new home.

The family would feed Dash and would leave him under Gram’s protection. Gram really made sure that this little one was protected and felt safe around him. He did his best to make everyone understand that he cared.

Gram realized that Dash would need his protection, maybe because he saw his family taking care of the little one and wanted to replicate the same behavior. So, Gram treated Dash as a baby in the family.

On the seventh day at home, Dash opened his eyes. He straight away would go and tuck himself underneath Gram. Dash loved to be with Gram. However, after two weeks, the family receives a call from the Texas wildlife rescue team stating that they can accommodate Dash. Gram knew somehow that Dash would be leaving him and did not sleep properly that night. This shows that every living being in this world can show kindness and love towards others.