Dachshunds are easily recognizable due to their iconic shape, earning them the popular nickname ‘wiener dog.’ Indeed, they take home the cake for being cutest and most edible-looking canine in the world!

These tiny mutts may appear too weak to present much of a threat to other animals but don’t mention this to Abby, who resides in an Oklahoma wildlife park. She’s the wiener dog who thinks she can take on the king of jungle.

Oddly, these massive meat eaters don’t seem to alarm her at all. Even though Abby is frequently in the company of lions, bears and tigers, she shows no fear that she might one day become their lunch. To the contrary, she actually seems emboldened by the creatures as though she might think she’s one of them. But don’t let that fool you. She’s got a sweet side, too.

Abby appears to be delighting running around inside the big cats’ enclosures. Surprisingly the lions even seem amused by her antics. That’s certainly true of the humans watching her.

Even Bonedigger, a big Barbary lion who also lives at the park, can’t stop Abby from goofing around. For humans, his moniker alone would be enough to stay clear of him, but names don’t mean much to Abby, who isn’t bothered in the slightest by spending time with Bonedigger in his enclosure.

Bonedigger, for his part, seems to have taken a shine to Abby. Maybe opposites do attract”at least in this case.
You might suggest their closeness works because Abby calls to Bonedigger’s mind a yummy frankfurter, but there may be another explanation, which is that each of them feels like the boss.

Their interactions are amazing. When the owners allow Abby into Bonedigger’s pen, their encounter is heartwarming. You won’t believe it. Click to watch the hilarious video above. 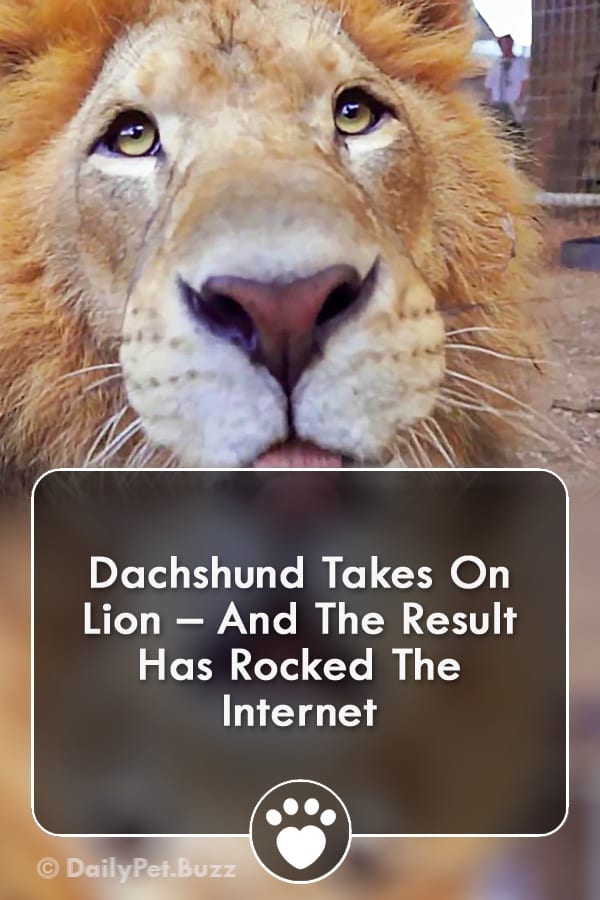