If you own a dog, or even just love them as much as I do, then you probably already know that when they want something, they can be very determined to get it. If you indulge their every whim, then they might just guide you into a wild and fun adventure, if you’re outside. But once they get home, they’ll fall asleep in what seems like seconds, and you just might do the same.
Watching a dog sleep is surprisingly entertaining, even if they don’t move a lot and make cute puppy noises. Even if they are not that tired from playing all day, it seems like they can just fall asleep at any time. But if they are tired and ready for a nap, well, watch out. Leave them alone and by all means, don’t tell them they can’t sleep in their favorite spot. When they are ready to chill, they are ready right then and the French Bulldog in this video doesn’t like being told he can’t sleep where he wants. His reaction is hilarious.

This bulldog’s dad won’t let him get up on the couch to lay down for a while, and of course, he has a lot to say about this grave offense. He’s still just as special as he’s ever been, so he just can’t understand what he could have done to warrant such unfair and unbelievably cruel behavior!? We hope that they let him on the couch or he might never get any sleep.

Watch this adorable pup try to get on the couch in the video above, and share it with your friends if you like it! 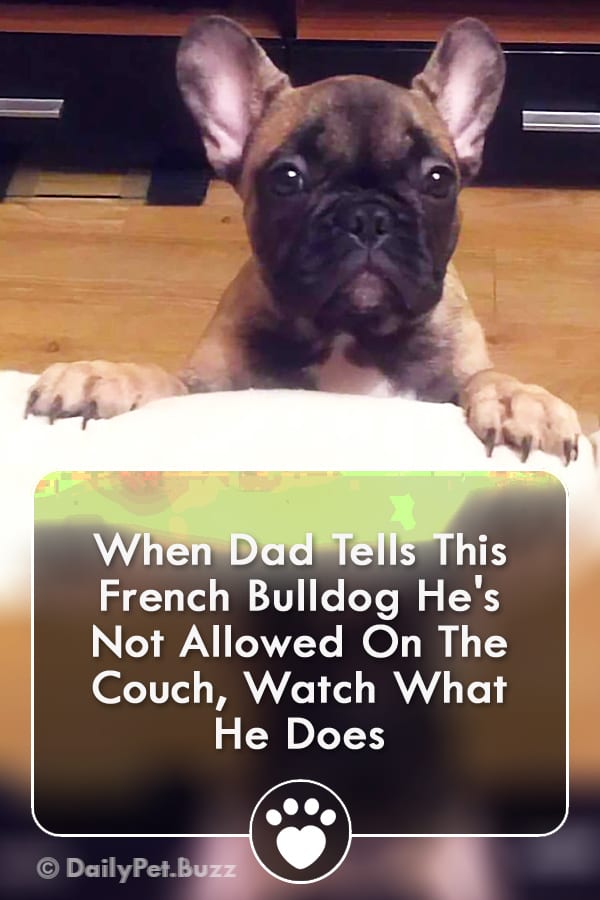