Who’s not heard of the pop phenomenon and world famous music group The Beatles?? Everyone, from grandmas to toddlers has heard a Beatles song or two play on the radio. When they shot to stardom in the sixties, they took the music world by storm.

Their engaging smiles, quirky attitudes, formal dress and quippy responses, combined with their melodious chart topping music made them darlings all over the world. From the moment their plane touched down on American shores, things were never the same again. With a screaming mob of girls that hounded their every move, this band of musical boys stole everyone’s hearts and ears with their charm and music.

This press conference was one of the most legendary ones they had and the four Liverpool lads easily answered all the questions that came their way. I loved their witty comebacks ” check out the part when they are asked if any of them were going to get haircuts and George gives a smirk, answering that he just got one yesterday.

It’s clear to see they know how to handle the media without pandering to the public and their at times sarcastic but hilarious comments seem to entertain their adoring crowd. Who would’ve known that they would become of the most famous bands in the world of all time?

Were you ever lucky enough to attend a Beatles concert? Did you grow up to Beatles music as well? I probably know all their songs. Write in and tell us all your Beatles stories in the comments section below, it would be so awesome to hear all your stories! 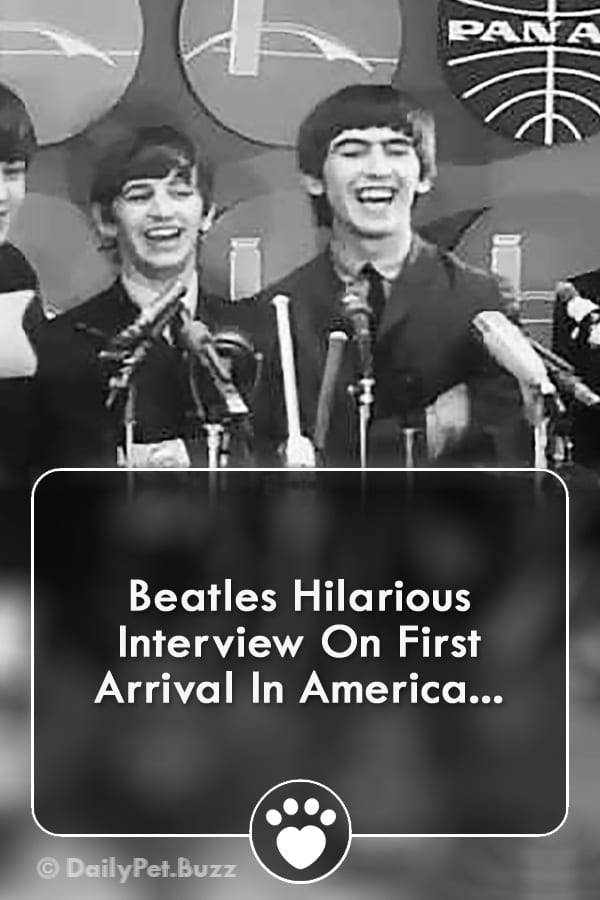