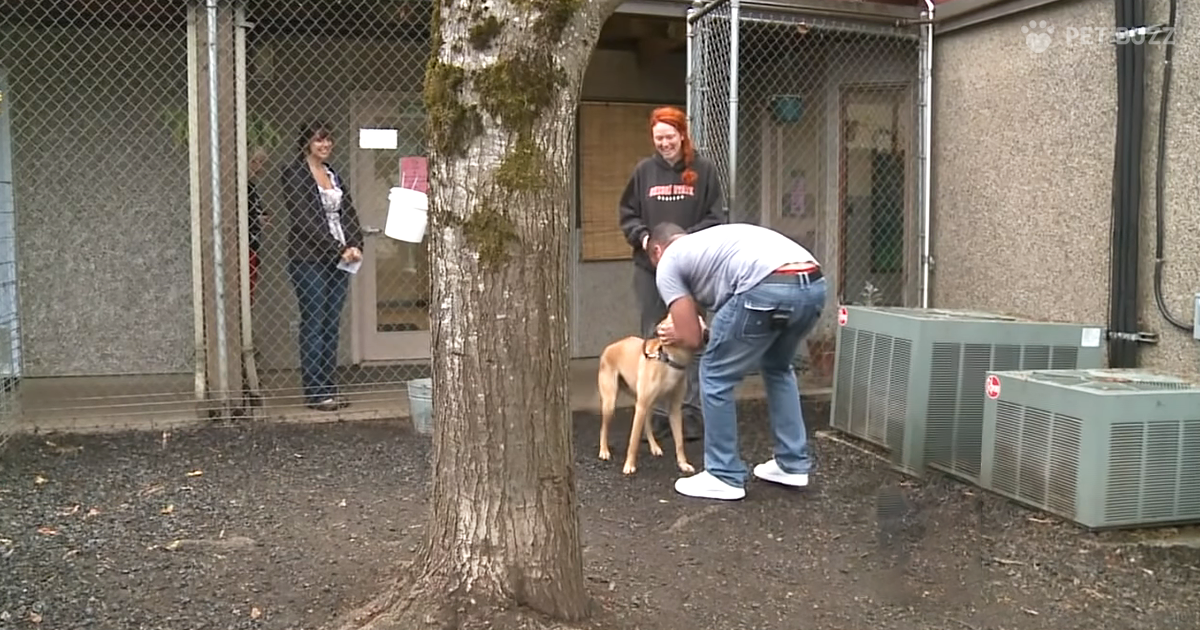 We’ve seen many cases of lost dogs being found by their loving owners after a long time, and they’re always a bit heartbreaking. It’s hard not to imagine a little bit of the pain that the person and their dog both feel after being separated. The story we’ll present to you now is unlike any other you’ve seen.

After being deployed to work in Belgium, military veteran Jay Harness left his best friend Dax to his family for keeping, but while he was away, he got lost when he ran off to the street. Their family didn’t have the heart to tell him the sad news, so he found out after coming back for deployment.

What we learn next is what’s truly remarkable: Dax had a microchip, and even though it was somehow linked to Japan, that was key for Harness to identify him.

A shelter had reported a found dog with a Japan microchip, and when his brother found out and told him, Harness got on his way. After being separated for so long, this couple of best friends finally were able to see each other again. The shelter’s staff reported that Dax’s attitude and mood completely changed when he saw Harness. He probably was just waiting for him all that time.

Learn about this amazing story in the video just below.