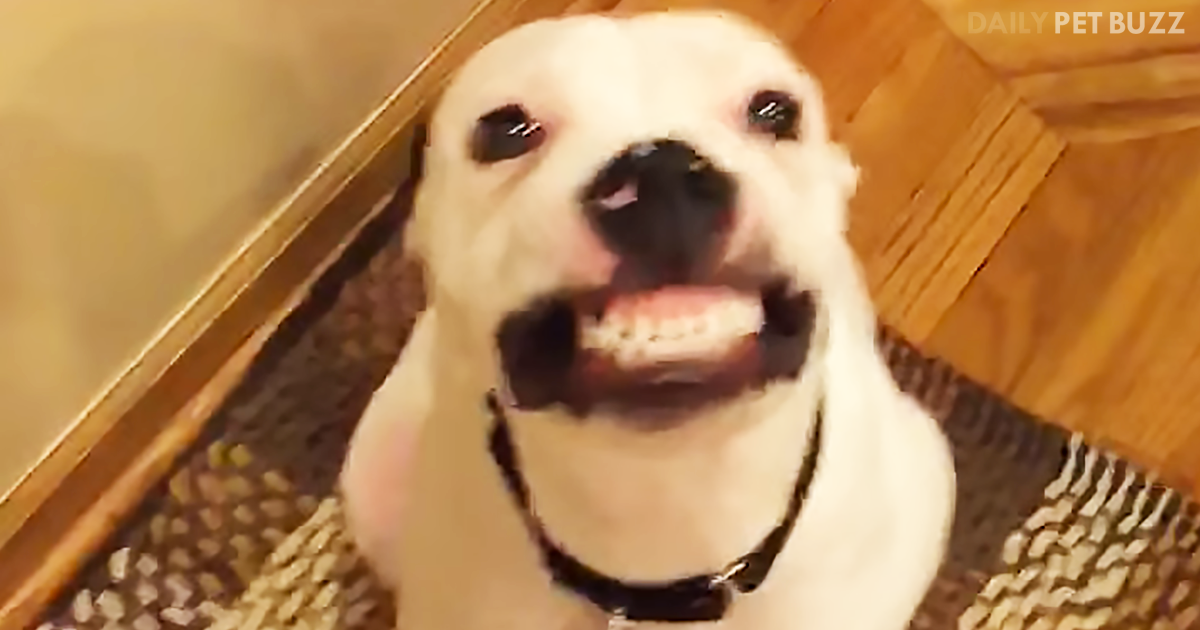 People naturally love smiles, and when one of our pets smiles, it’s especially endearing. Whether we’re right or wrong — and chances are we’re right — we take it to mean that our pet is feeling happy, safe, and secure.

What’s really heartwarming is when an animal that’s been rescued from terrible, abusive owners or a life on the streets is visibly transformed from a frightened, damaged creature into a joyous, healthy pet.

PAWS Chicago is a no-kill animal rescue organization that was founded nearly 20 years ago. In addition to helping homeless animals, they’re involved in efforts to keep the animal population under control through spay and neuter programs. They also seek to encourage the creation of no-kill animal shelters.

Herbert was a wonderful five-month-old puppy when PAWS volunteer Amanda Rhodes took him into her home and became his foster mom. Herbert has a special talent, but when Rhodes told people about it, they simply didn’t believe her. So, she got out her phone and made a video.

As you’ll see, it begins with Herbert sitting on his haunches, looking calm and happy. When she told him to “say cheese!” Herbert’s face lights up, and he breaks out a toothy smile. You’d never in a million years imagine that a dog could bust out such a wide and cheesy grin. Even if this was Herbert’s only trick, it’s the only one he’d need.

A short time in good, loving surroundings had already turned this rescue dog into a happy, normal pet. Well, maybe not quite normal: most dogs don’t grin like this. But even for a great dog that can melt hearts with his inimitable grin, it took some time to find a forever home.

The good news is that a couple did decide to bring him into their lives. They seem like great people, so it looks like Herbert is going to have a lot to smile about. We’ve posted the video below, and we guarantee it’ll brighten anyone’s day. 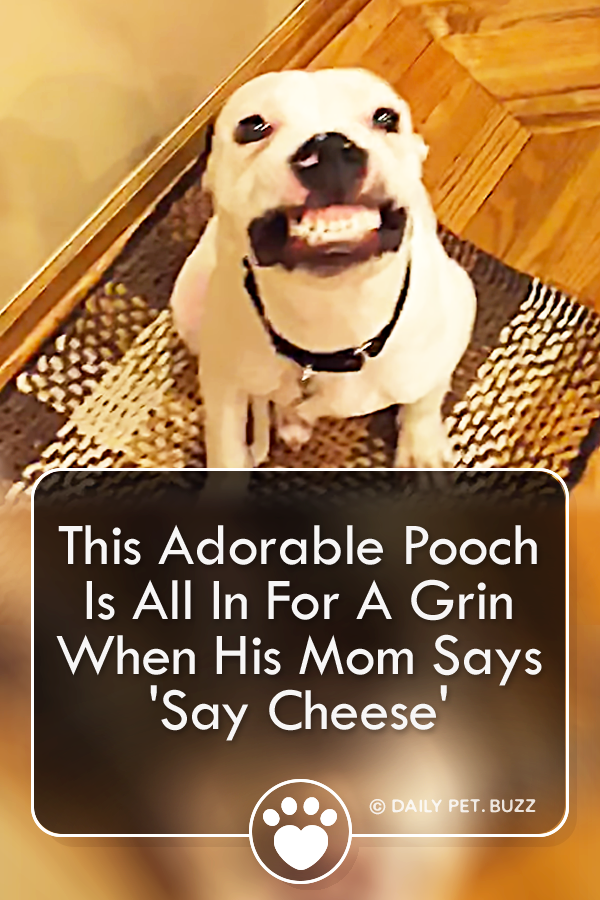