Watch videos of shows like ‘Cops’ and others and look at all the vicious, snarling dogs. What’s one thing that I bet 90% of these dogs have in common. They are on chains. Having this around their necks all the time makes them unbelievably aggressive. Sadly, many people out there think it’s a good way to curb bad behavior. It’s the total opposite ” it fosters even worse behavior. Witness what happens in this video of a German Shepherd named Alex.

It’s a bit unnerving at first watching this man try to get near Alex while he’s on the chain. It’s clear that he’s got experience with dogs and can read their reactions better than many people, but every time the dog lunges at his shin, I wince. There are some good signs, though. Alex is wagging his tail most of the time he’s doing this. He’s annoyed but there’s a side that wanted to play. He even runs inside a crate at the end.

Soon after Alex is off the chain, he’s calm. He’s even sitting in a parking lot with the same guy, totally chilling out. It’s hard to believe that this is the same dog that was so agitated at the beginning of the video. It’s not that long after the video started either. Wow. Things are looking good for Alex. He’s happy, alert, and eating food and drinking water. See what tying a dog up all the time does?

By the time the video ends, Alex is in the guy’s lap in a car, being a total mush. What a transformation. But the man has a good point ” many attacks are by dogs who are chained up all the time. It’s irresponsible at the very least and criminally negligent at the very worst. It makes for angry, resentful dogs who lash out. They also have health problems because of anxiety. That said, I was still amazed at how fast Alex went from snappy to sweetie.

Wow. What a transformation when he went off the chain. Don’t you think dogs deserve a better chance? Please tell us what you thought in the comments section. 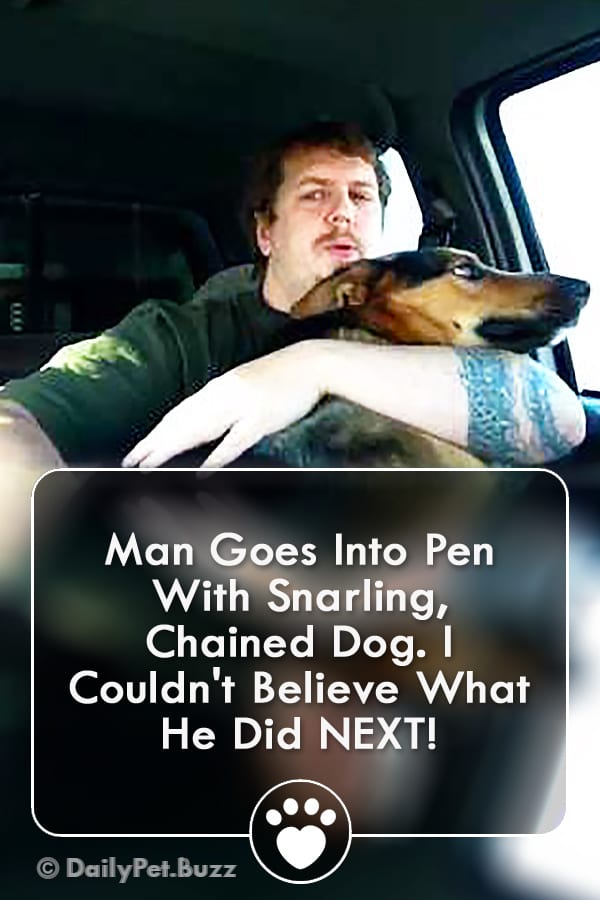