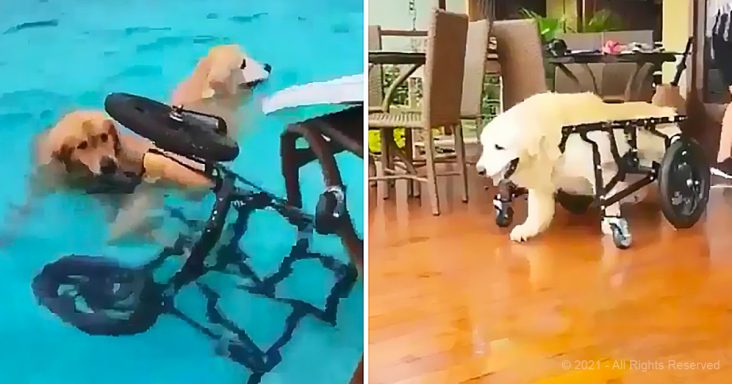 Despite being in a wheelchair, this adorable dog fearlessly moves forward and jumps straight into the pool.

Dogs have different traits and characteristics, which makes them unique from one another. However, it’s safe to say that almost every single one of them is joyful and playful.

The same is true with this old pooch from São Paulo, Brazil named Lion. Despite his old age and disability, he’s still determined to take every chance to have fun.

After having a clear sight towards the pool, he shows his determination by literally shoving his way just to leap out into the water.

He ends up making it into the pool and joyfully plays with his friend. You’ll see genuine happiness in Lion’s face as he bravely enjoys the water.

Despite his incapability to walk appropriately, Lion shows his determination by jumping into the water and facing different challenges in his life, making a heart-moving effect to thousands of viewers.

Lion is an older dog who uses a wheel chair to get around. He got a bit excited when he saw the pool from gifs 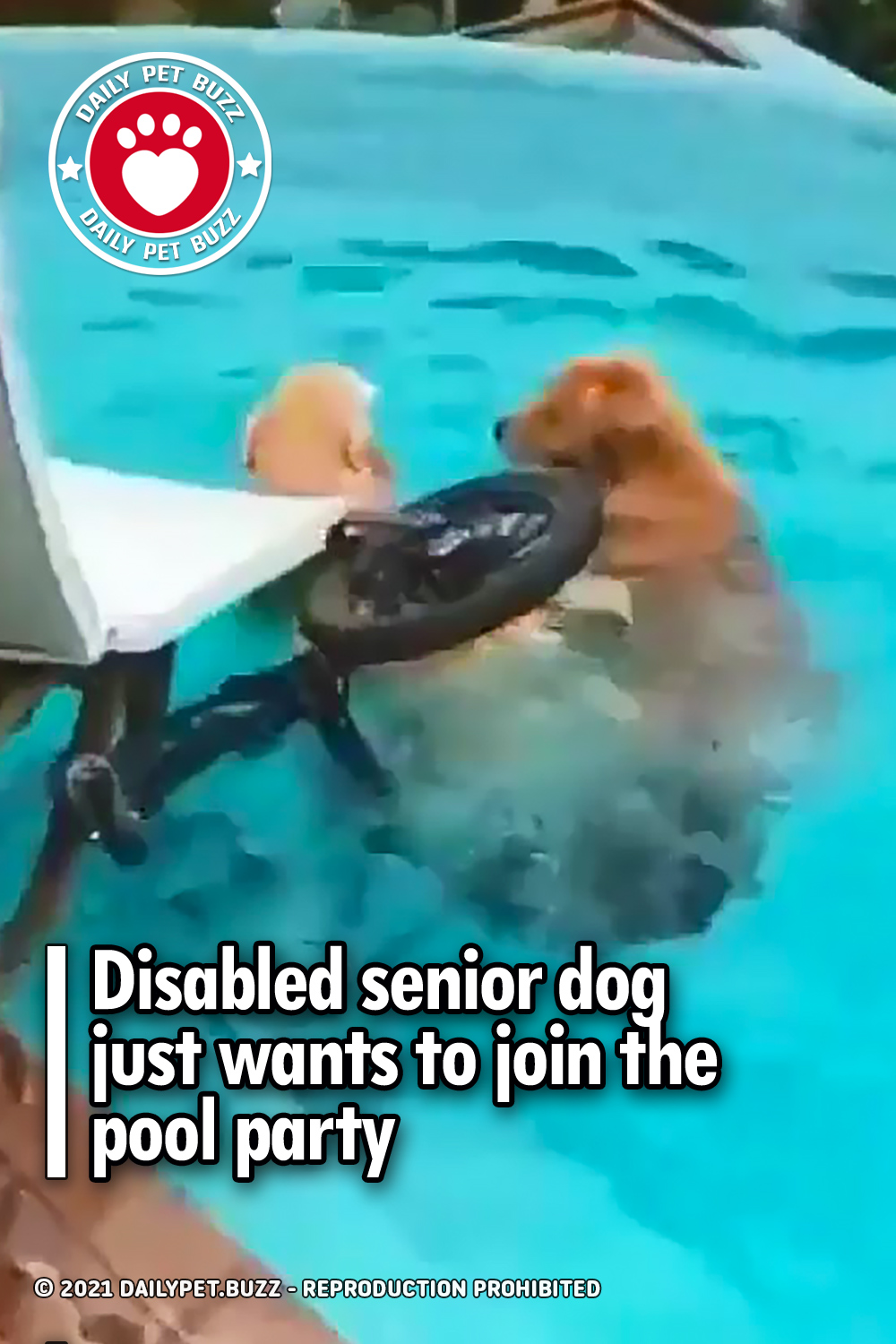