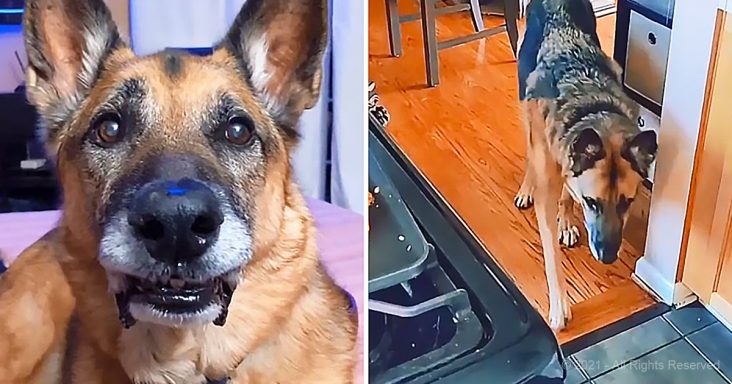 This adorable German Shepherd’s hilarious reaction will make brighten your day. He just knows the trick to satiate his appetite.

It is common knowledge that most dogs eat almost everything. Although this should be limited to food, one dog has shown that he will take advantage of every opportunity for a fast snack. His family, unfortunately, noticed this dog’s peculiar way of having a sneaky snack from his family’s habit.

Heinz, the dog, is a German shepherd who loves to be near his family, particularly when there is food. This dog developed a certain trick when to hoover for food droppings from his family by remembering certain words from them.

According to his family, Heinz simply has to hear the words “oops,” and he is there ready to scoop up whatever bits have fallen onto the floor. Although this attitude can seem troublesome, the clever dog knows how to restrict his hovering while his owners are cooking.

But Heinz’s fascination with food persists even when he isn’t in the kitchen. He appeared to be on the lookout for dropped scraps all of the time, and he was even observed as being wary and opportunistic towards anyone eating, particularly children.

Heinz’s mother, Dietz, was able to videotape him running into the room after she said oops. She did so because she thinks the whole thing is cute and a little amusing. 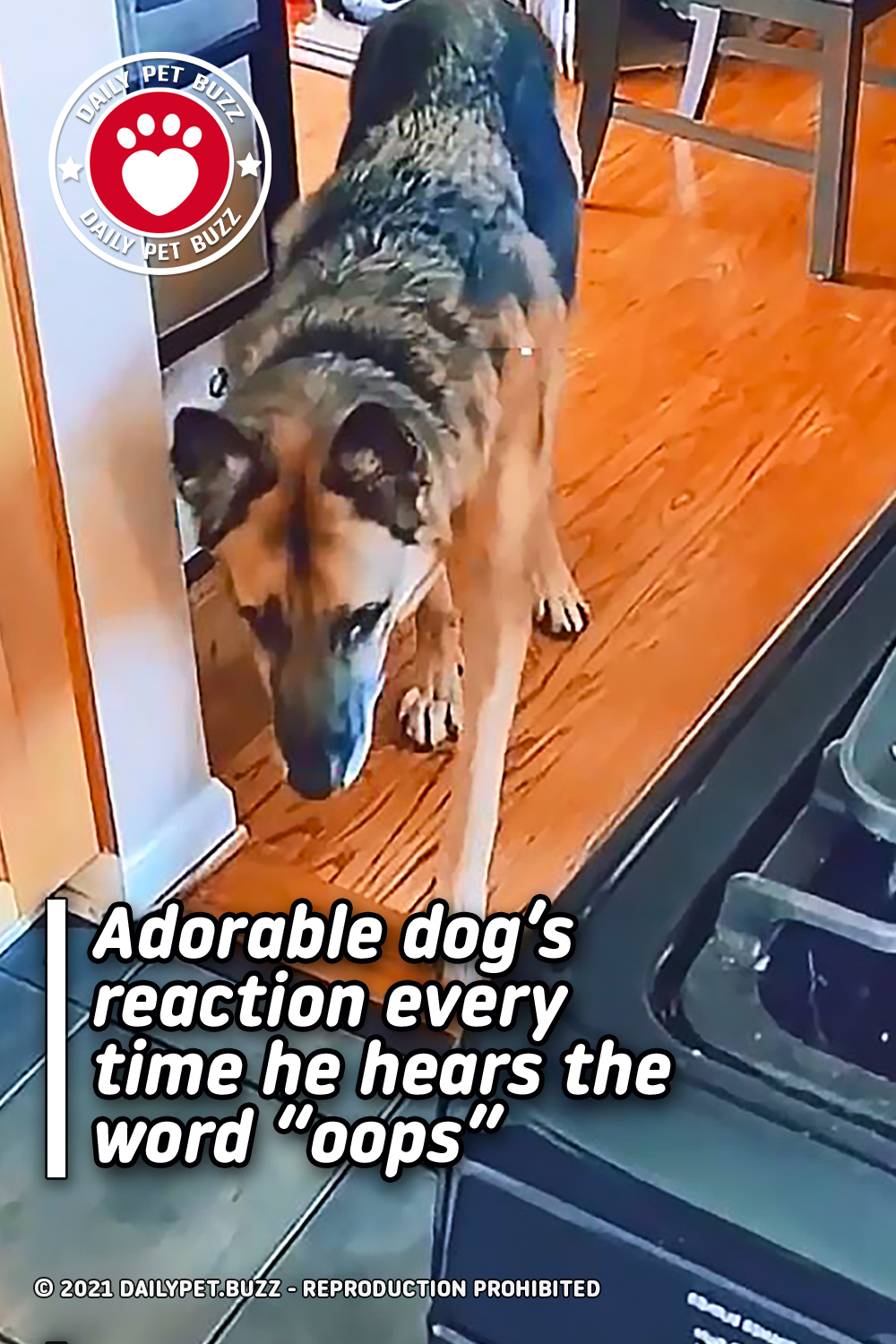